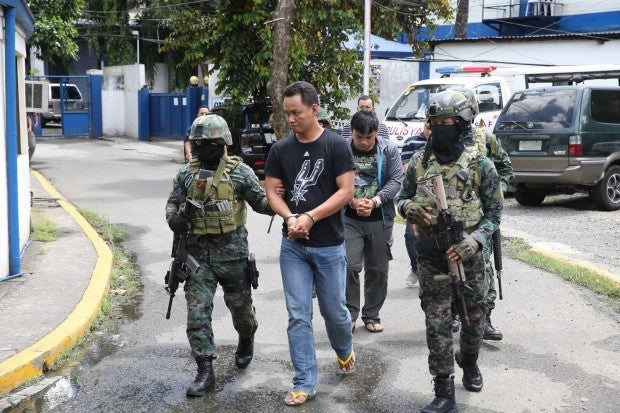 Members of the PNP Special Action Force (SAF) and Counter-intelligence Task Force (CITF) escort four Makati policemen to detention after these were arrested for allegedly extorting from businessmen in Pasay City. PHOTO COURTESY OF PNP PIO

A total of 91 rogue policemen have been arrested and seven have been killed in 50 operations launched by the Counter-Intelligence Task Force (CITF) from February 2017 to September 2018, the Philippine National Police (PNP) said on Thursday.

The complaints were first referred for investigation and validation to respective PNP units before operations were launched, Caramat said in a statement.

The CITF disclosed their accomplishments as Director General Oscar Albayalde said that the internal cleansing of the PNP would be relentless and not spare anyone.

“We will also be resolute in our strong desire to achieve an organizational culture where professionalism and integrity pervade and endure at all times. And our internal cleansing program will not spare anyone.” Albayalde said.

The internal cleansing of the PNP has led to the dismissal of over 2,000 policemen and the suspension of more than 4,000 others, police data disclosed.

CITF is encouraging the public to report irregularities committed by the police through its hotline 0998-970-2286. /cbb