Lapid swears in for NPC; to run for Senate seat | Inquirer News

Lapid swears in for NPC; to run for Senate seat 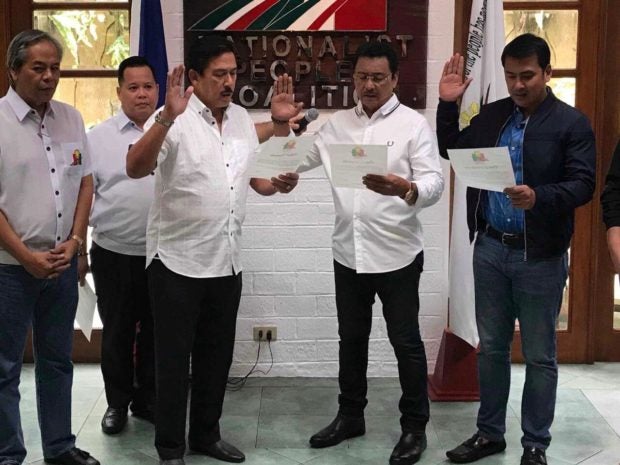 A week before the  start of the filing of certificates  of candidacy, Lapid   and his son, former Pampanga Gov. Mark Lapid,   took their oaths as new members of  the Nationalist People’s Coalition (NPC).

Sotto, senior party  adviser, shared  with the media   some photos  of the father and son’s oath taking at the NPC Clubhouse in Quezon City.

Asked then   if  the former  senator  would run for  the Senate, Sotto answered, “yes.”

“Mark as mayor of  Porac [Pampanga],” the Senate leader added.

Ejercito, in a  text message to reporters, confirmed that he would join  the NPC. /jpv