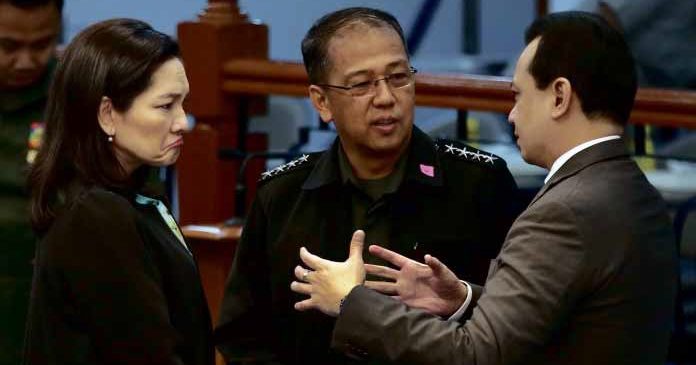 The University of Santo Tomas and the University of Makati denied on Wednesday that their students were being recruited by communist rebels in their alleged plot with the Libertal Party to oust President Rodrigo Duterte, as claimed by the Armed Forces of the Philippines (AFP).

According to the AFP, at least 10 schools in Metro Manila are the source of recruits by the Communist Party of the Philippines (CPP) and the New People’s Army (NPA).

The AFP was probably “stereotyping” UST as anti-government for being a Catholic institution, UST Secretary General Jesus Miranda said in an interview with The Varsitarian, the official student publication of the school.

“Maybe they are stereotyping or because we are a Catholic university and there is a perception that we are against the present government,” Miranda said.

BREAKING: UST Secretary General Fr. Jesus Miranda Jr., O.P. on AFP report: Maybe they are stereotyping or because we are a Catholic university and there is a perception that we are against the present government. pic.twitter.com/06DmMXcQee

Posted by University of Makati on Wednesday, October 3, 2018

“The management of the University of Makati has no knowledge of any student activity linked to what the claims recruitment efforts of the CPP,” Tomas Lopez Jr., the university president, said.

“As a local academic institution, we do not participate in partisan political initiatives but rather, we focus on efforts to strengthen the value of citizenship in young Filipinos so they can become productive members of our society,” Lopez added.

Follwing are the other schools linked to the alleged ouster plot: