Trillanes warns of serious consequences if his amnesty is voided 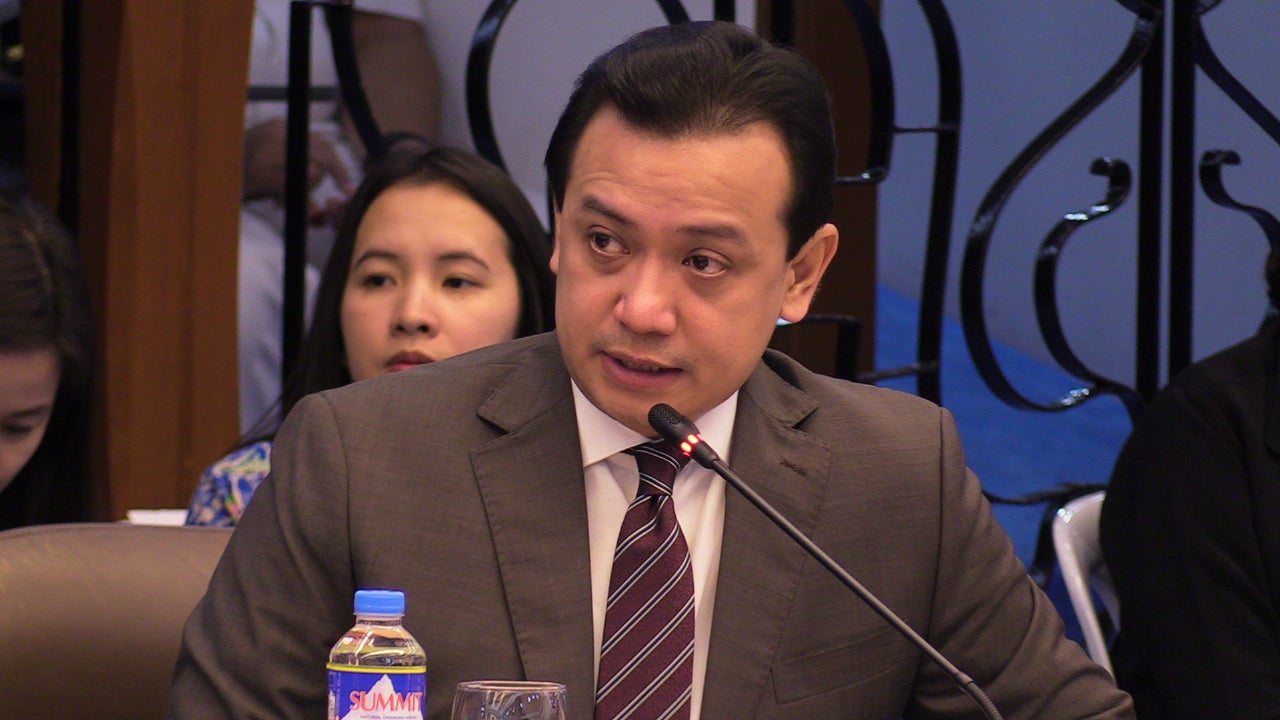 Warning of the grave consequences of President Rodrigo Duterte’s move to void his amnesty, Sen. Antonio Trillanes IV on Tuesday called on his Senate colleagues to join him in his Supreme Court petition challenging the constitutionality of the presidential proclamation.

Trillanes took to the Senate floor to blast the President’s Proclamation No. 572, which he said raised “alarming” issues that would overturn settled jurisprudence.

“It will destroy basically the various institutions of our government,” Trillanes said.

“So I hope our colleagues would unite to be intervenors in the Supreme Court to resolve this and for us to be enlightened once and for all,” he added.

It could happen again

If the President would be allowed to get away with the proclamation, the same thing could happen in the future if the next leader would make things personal, Trillanes warned.

He said there was reason to be concerned since the proclamation itself functioned as an arrest order, as it directed law enforcers to seize him following the voiding of his amnesty so that he could be tried for rebellion and coup d’état for the failed mutinies.

He said there were people claiming that the proclamation was presumed valid unless otherwise stated by the Supreme Court.

This is wrong, Trillanes said, because it means the President can, for instance, order the arrest of all journalists.

If the arrested journalists complain, then it might be argued that their arrest is valid until the Supreme Court rules otherwise, he said.

But jurisprudence states that when a proclamation, on its face, would violate the Bill of Rights and infringe on fundamental freedoms, it is presumed unconstitutional, he added.

The Senate, Trillanes said, should also be concerned because an amnesty cannot be revoked, and unilaterally at that.

“It will set a bad precedent and no one will trust us anymore in the future,” he said.

The grant of amnesty is instrumental in a peace policy, Trillanes said.

The absence of the application form, he said, should not be allowed to be used as basis for voiding an amnesty because there should be presumption of regularity on the issuance of the document.

The President also could not reverse a final ruling made by the courts, Trillanes said, referring to the move to revive his dismissed rebellion and coup d’état cases.

“He is entering the territory of the judiciary,” he said.

Moreover, a judge cannot revive a case based on the motion of the prosecution, Trillanes said.

“Unless this is reversed by the Supreme Court, it will again set a very bad precedent. Why? Because no final ruling in any case—whether it’s a land case or an annulment case — will be made final because it can be opened with a motion from the prosecution,” he said.

He said the contracts posed a conflict of interest because Calida was supposed to serve as the lawyer of government agencies, and he had not divested himself of the majority holdings in the security company.

Calida has resigned as chair and president of the company.

Trillanes pointed out that it was the solicitor general’s duty to review any contract entered into by government agencies.