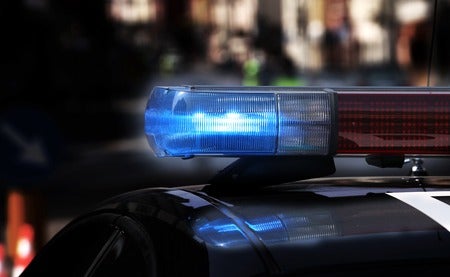 A man, who was engaged in a heated conversation with police officers in 2014, was pepper-sprayed in front of his children before he was stripped naked in a Skelmersdale police station, in West Lancashire, United Kingdom. After more than four years, the police were finally made to pay for their actions against the citizen.

The Lancashire Constabulary paid IT business owner Paul Ponting £35,000 (around P2.4 million) in damages for wrongful arrest, false imprisonment, assault and malicious prosecution, as reported by the Liverpool Echo last Sunday, Sept. 30. While the case was settled without liability (meaning the police made no formal admission of wrong-doing), the terms of the settlement which both parties agreed upon at Liverpool County Court give the police until Oct. 10 to send Ponting a letter of apology bearing the following words:

“The Chief Constable wishes to apologize to you for the way the incident was handled. The Chief Constable hopes now your action against the Force has been settled you will be able to regain your health and, in time, your faith in Lancashire Constabulary.”

He was also cleared of the charges which include assaulting his arresting officer, harassing another police officer and public order offenses the police filed against him, the report stated. The court also found that there was no evidence that Ponting’s behavior was threatening enough to warrant an arrest.

The incident took place four years ago after Ponting reported former employee Paul Turner for allegedly harassing and threatening him. Sergeant Hayes and police constable Ward went to Ponting’s home at 10:30 p.m. on June 18, 2014 to tell him Turner was no longer under investigation.

Disappointed with the news, a heated conversation between Ponting and the officers ensued. He was arrested not long after being pepper-sprayed in front of his children.

After being brought at Skelmersdale police station, Ponting was held down by four officers and “intimately” strip-searched in accordance to the instruction of custody sergeant Sigley, the report said. One officer, Eckersely, called Ponting a “pedo” and touched his anus, according to the Particulars of Claim document filed to the court. After the search, he was left naked in his cell with only a paper suit.

Ponting was so stressed with what happened that he suffered chest pains. He was immediately rushed to the hospital.

“This was a case of a law-abiding family man subjected to gratuitous violence, unlawful arrest and prosecution — a huge waste of police time and public resources — and as a result, his faith in the Police was shattered,” Ian Gould, Ponting’s lawyer, told the publication. Kate Matriano/JB

Man stabbed to death while protecting his mother from bag snatcher