Man stabbed to death while protecting his mother from bag snatcher 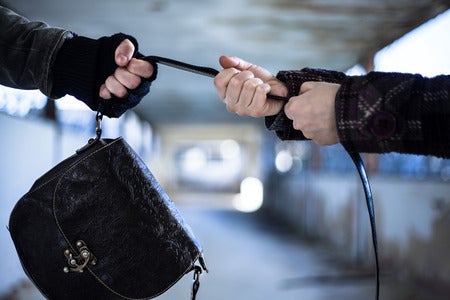 An unnamed 23-year-old man died protecting his mother after he was stabbed numerous times by a thief in a market in Hebei province in China on Sept. 8.

The man was accompanying his unnamed mother, who runs a village grocery store, to the market to buy vegetables and meat when the incident happened, as reported by Thepaper.cn via South China Morning Post last Tuesday, Sept. 11. His mother brought with her around $290 (about P15,700) to purchase the goods.

Apparently, three days before the incident, the man’s mother said she was threatened by a bag snatcher. Because she was left frightened for her safety, she decided to bring her son with her on Sept. 8.

Everything was going smoothly during their market trip—she was able to buy the vegetables and meat while her son was patiently waiting for her in the car, the report said. When she finished shopping, she headed to the car only to be apprehended by the bag snatcher.

The woman managed to run in the direction of their car. His son, upon seeing her, went out and pushed the thief pursuing his mother away. Suddenly, the bag snatcher took out a knife.

“I told my son to run away,” the mother said in the report. “He didn’t. Instead he dragged me behind his back.”

Her son faced the thief who then stabbed him to death.

“My boy never fought with others before. He didn’t hide himself and just stood in front of me to protect me,” she recounted. “I saw that man stab my boy several times. My boy fell down with his hands touching his heart.”

Aside from the woman’s son, another man was injured during the incident. The store owner was hospitalized when he tried to subdue the bag snatcher.

The perpetrator, an unnamed 31-year-old, was detained by the local police following the incident, the report stated. Meanwhile, people who learned of what happened raised $290 to help the man’s mother, his unnamed wife and his unnamed 2-year-old daughter.  Kate Matriano /ra