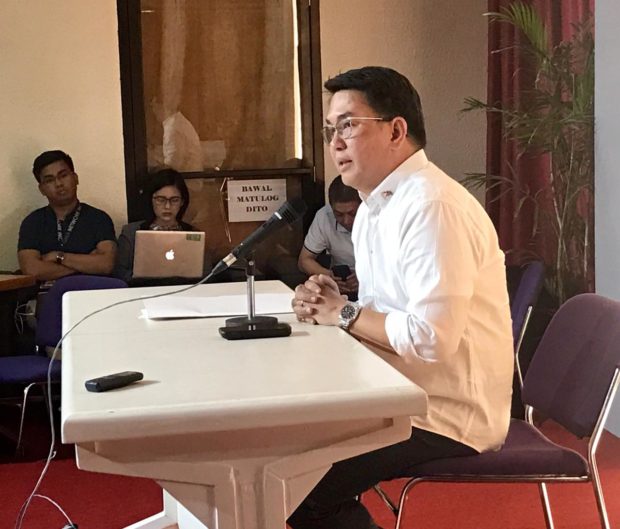 This was how embattled ACTS-OFW Aniceto “John” Bertiz III has apologized for his video-captured actions at a security check at the Ninoy Aquino International Airport (Naia).

While he welcomes moves of the Manila International Airport Authority (Miaa) and the House of Representatives to investigate him, he admitted that his behavior was “uncalled for for a public official.”

The Naia incident was not the first time Bertiz was embroiled in a controversy.

Last week, a video of him – telling agricultural and biosystems engineers during their induction that they won’t be getting their professional licenses if they don’t know Special Assistant to the President Christopher “Bong” Go, who is being groomed to run as senator in next year’s elections – surfaced and went viral on social media.

Meanwhile, the party-list congressman branded as “fake and bogus” a letter circulating on social media which purportedly declared his expulsion from being a representative of ACTS-OFW. The letter specifically claimed that Bertiz’s party-list membership was voided as he was also called “persona non grata” by the group.

According to the letter dated March 15, 2018, the decision was based on the party’s board resolution No. 5-B. The letter was signed by ACTS-OFW chair Feliciano Adorna, Jr. and board Secretary/Director Corazon Polinag. 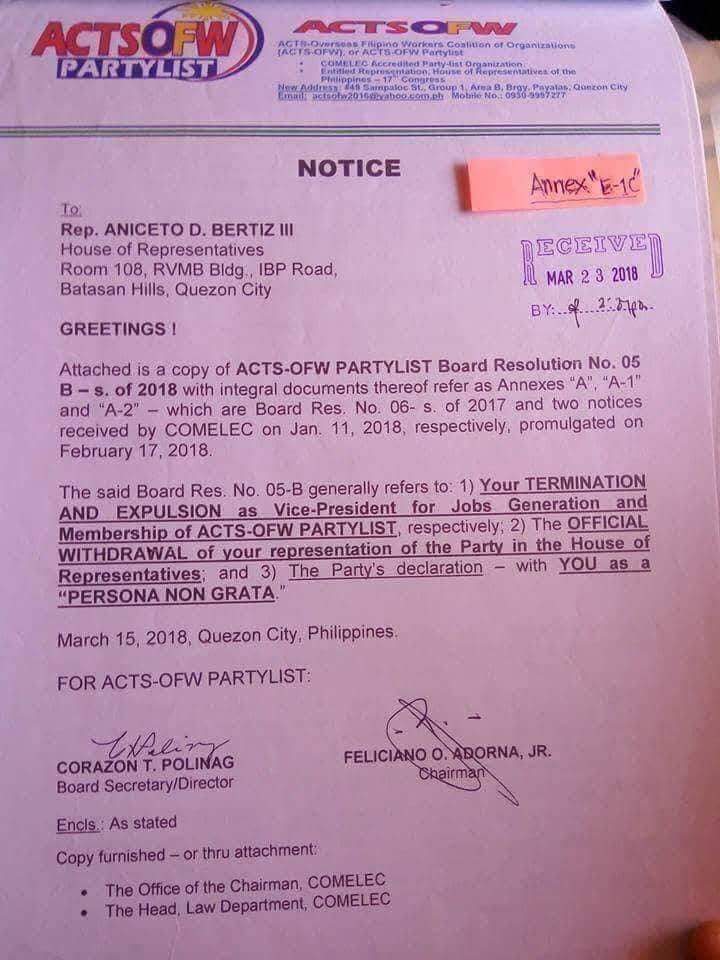 But Bertiz said the party-list had already expelled Adorna.

“It’s never been official, we tried to ask the House of Representatives, they never received the document, we inquired also with the Comelec, they have received it but they cannot take an action on that… The document being circulated in social media is fake and bogus,” he said.

Bertiz added they had lodged cases against Adorna whom he accused of using their party-list’s name to solicit money from people.

He also asserted he remains the “duly-recognized representative of the ACTS-OFW party-list in the 17th Congress.”

House Minority Leader Danilo Suarez acknowledged the need to investigate the issues hounding Bertiz as well as the letter.

As this developed, Bertiz revealed having received death threats in the past days.

“We have received several death threats, like go to hell, you, and your family…,” he said, stressing that while he committed mistakes, his children should be spared from the issue.  /kga