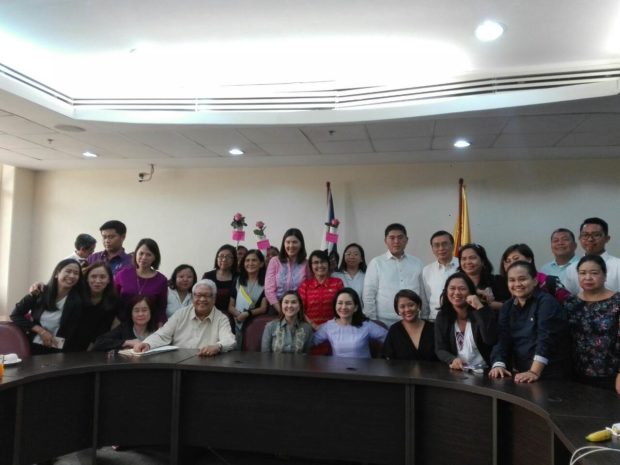 A Congressional bicameral conference panel approved on Monday the 105-day paid maternity leave for female workers in the government and private sectors regardless of the type of childbirth.

According to the panel tasked to reconcile Senate Bill No. 1305 and House Bill No. 4113, seven days out of the 105 days maternity leave could be allocated for paternal leave, while an additional 15 days of paid leave may be availed by solo mothers.

Once enacted into law, the availment of maternity benefits would also apply to every instance of pregnancy or without limit.

The harmonized bill also grants an option to extend the leave to an additional 30 days without pay.

Once both chambers of Congress ratifies the bill, the proposed measure will then be sent to President Rodrigo Duterte for signature and enactment into law.

Gabriela Rep. Emmi de Jesus, who was among the panel members, has hailed the approval of the expanded maternity leave bill as their party kicked-off their month-long #PinkOctober campaign for women’s health.

“At a time when women workers are increasingly crushed by the pressure of making ends meet amid rising prices, a longer paid maternity period is one of the few positive things that the government can enact. Pagkilala ito sa produktibong papel ng kababaihan sa ating ekonomiya (This recognizes the productive role of women in our economy),” she added in a statement.

De Jesus said she also welcomed the improved provision on penalties of at least P20,000 for the non-conferment of the expanded maternity leave to employees, from the original minimum penalty of P5,000 under the Senate version. /je