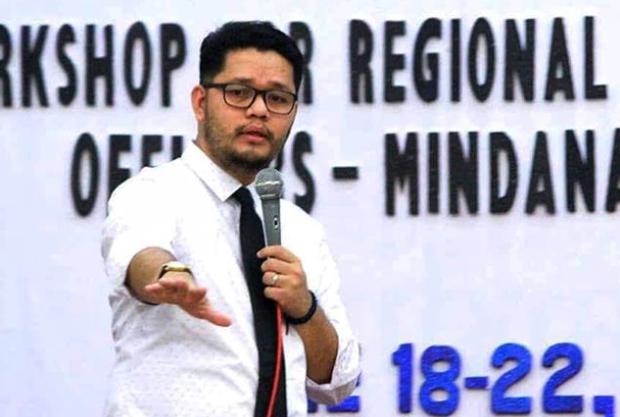 Clavite made the call after the House of Representatives deferred the approval of proposed 2019 budget of the PCCO and its line agencies, which include the PIA.

Last Sept. 25, the House suspended consideration on the PCOO budget on a motion made by Reps. Carlos Isagani Zarate of Bayan Muna and France Castro of the Alliance of Concerned Teacher.

The reason? Uson failed to attend budget hearings on Sept. 6 and on Sept. 25.

As of this writing, the plenary debates on the PCOO budget is scheduled to resume on Tuesday, Oct. 2.

Castro and Zarate demanded that Uson be present at the next hearing so that they could ask her questions pertaining to the operations of PCOO.

“The country has seen what a Mocha Uson could do to governance,” Clavite said in an interview last Friday, Sept. 28, with reporters on the sidelines of his visit to this city for a press briefing of Task Force Bangon Marawi.

“The deferment of agency’s budget could affect our organization and the communities we serve — not to mention the blunders perpetrated by her and her team that has undermined and tarnished the brand and image of the President and this government,” Clavite added, “If she truly has respect for this country and the Filipino people, Mocha Uson should step down from office immediately.”

Clavite said that a lot of people in the PCOO and its line agencies expressed the same sentiment because the deferment had affected their work.

“We are hopeful that there will be a resolution to this,” he said.

According to him, no schedule could set for committee hearings at the Senate until they could pass through the House.

The total national budget being proposed for 2019 is P3.757 trillion. /atm