Comelec after ‘employee’ behind ‘creepy’ message to female voter 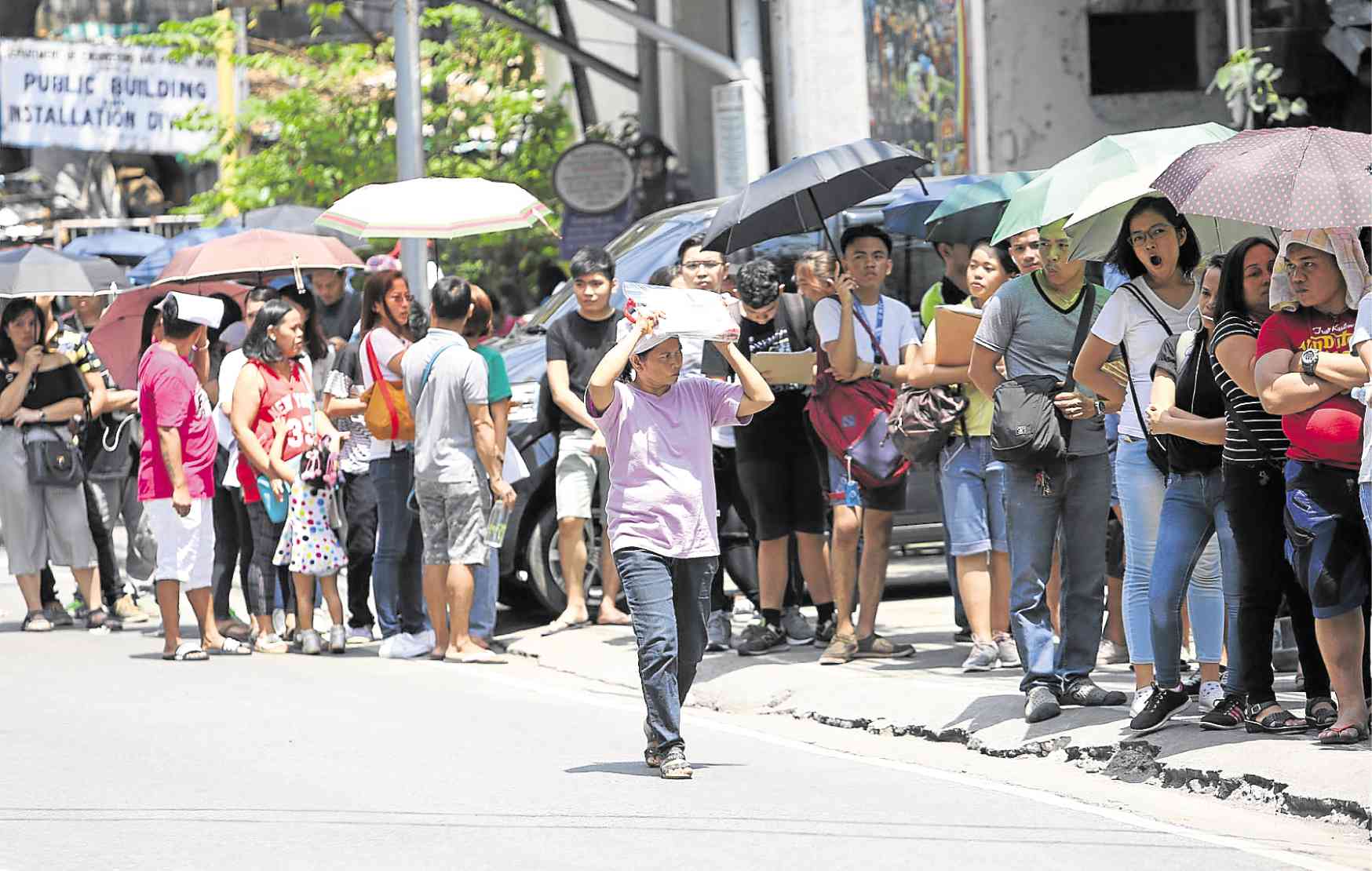 LAST-DAY QUEUE Long lines of people wanting to register as voters have been reported at Comelec offices across the country, like this one in Arroceros, Manila, on Saturday.

A man who claimed to be an employee of the Commission on Elections (Comelec) could face criminal charges for sending a private text message to a woman he wanted to be friends with using the personal contact details she had given when she registered as a voter.

Comelec spokesperson James Jimenez learned about the incident from an angry complaint on Twitter by someone who claimed her girlfriend received the text message from the male Comelec staff member on Thursday night.

Without giving his name, the man introduced himself as the Comelec employee with whom the woman had a conversation about fingerprints.

He asked her if it was “OK” that he took her number “without asking permission.”

“If it’s not OK, just disregard my text. I just want to be friends with you, if that is OK with you. If not, I would no longer text you. I hope it’s OK and you won’t get mad,” his text read in Filipino.

The tweet sender, who wanted to get help on how to deal with the person, went on Twitter to vent her anger at the man, telling him that he should not “look at personal/official government documents … It’s not flattering, it’s creepy.”

In response, also on Twitter, Jimenez said what the Comelec staffer did was wrong.

“I apologize that this happened,” Jimenez said, asking for the name and telephone number of the message sender “so we can take appropriate measures.”

“Comelec gathers information for registration and election purposes only; any other use of this information is unauthorized, unless by order of a court of law,” Jimenez said.

Under Republic Act No. 10173, or the Data Privacy Act of 2012, it is illegal to use personal information for unauthorized purposes and to process such information without the permission of the person concerned.

Violators face imprisonment of up to seven years and a fine of not more than P2 million.

Jimenez told the Inquirer on Saturday that he was in touch with the couple and was informed that they had filed a case against the man with the National Privacy Commission.

Jimenez pointed out, however, that it was still unclear if the message sender was indeed a Comelec employee since he did not have additional information about the man and the city to which he was supposedly assigned.

“If anything, he may be an employee who is part of the biometrics team. Our particular concern is that he claimed to be a Comelec employee,” he said.

Jimenez noted that it was also uncertain how the man got hold of the woman’s cell phone number because the Comelec voter application form does not ask for a mobile number.

“Since a mobile number is not permanent, logic dictates that it will not be part of the form,” he said.

However, it was possible that while the woman’s application was being processed, she was asked “on some personal level” that she provide her mobile number “under the pretext that it is needed,” Jimenez said.

Read Next
‘EJK confession’ a joke? Drilon is not laughing
EDITORS' PICK
House energy committee chair Arroyo bats for cheap electricity
Bongbong Marcos says PH ‘open for business’ with new Clark Airport terminal
Karding damage to infrastructure at P23M
UNFPA Philippines Career Opportunities
Reignite your passion with the vivo Y35
Sierra Madre stands up to Karding, but needs protection vs the humans it saves
MOST READ
LPA enters PAR, may develop into tropical depression
Angelica Panganiban ‘duguan, sugatang mom’ one week into breastfeeding
Badoy not with Office of the President, NTF-Elcac, under Marcos admin — solon
Charges readied vs gov’t guard with P290-M deposits
Don't miss out on the latest news and information.