Palace on Duterte’s EJK remark: ‘There was no admission’ | Inquirer News

Palace on Duterte’s EJK remark: ‘There was no admission’ 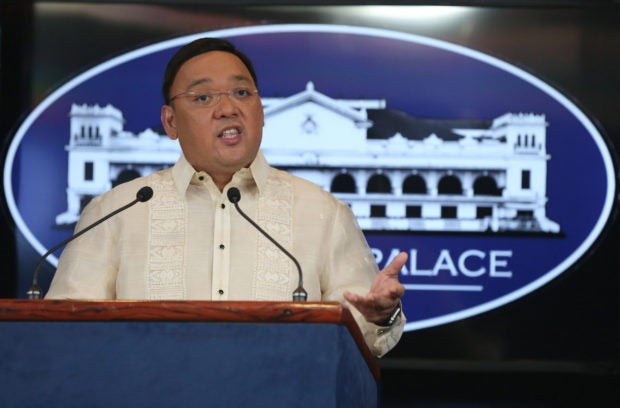 Presidential Spokesperson Harry Roque explained on Saturday the “proper context” behind President Rodrigo Duterte’s statement on extrajudicial killings, saying the President did not admit that he was guilty of drug-related deaths.

Roque emphasized that Duterte was only defending himself from corruption allegations against him.

“First, there is no admission on the part of the President.  He merely wants to underscore the point that he has not been accused of corruption nor has he engaged in political vendetta. All the critics and detractors can allege are killings attributed to his drug war,” he said in a statement.

READ: Duterte: My only sin is the extrajudicial killings

Duterte was aware of the increase of drug-related deaths but dismissed accusations that police operations were the cause of these killings, Roque said.

“The President recognizes and feels it is unfortunate the incidence and increase of drug-related deaths in the country. However, we must emphasize that most of the killings, although drug-related, did not result as part of any police operation,” Roque said.

The Palace spokesperson added Duterte will continue his vow to curb the country’s drug problem and that the drug war was intended to “save the youth.”

“The President knows fully well that his policy on the war on drugs is necessary, even saying that he is willing to sacrifice his life, his honor, even the presidency to fulfill his electoral vow. The intention of the drug war is to save the youth of this country.  The President therefore has to weigh the interests of the many against those of the few,” Roque said.

Last Sept. 27, Duterte admitted in front of government executives that extrajudicial killings was “his only sin” but did not elaborate his statement. He said this while denouncing Sen. Francis Pangilinan for Republic Act 9344 or the Juvenile Justice Welfare Act of 2006, which he claimed increased the number of criminals. /jpv