2 arrested by NBI for syndicated estafa in Bohol | Inquirer News

2 arrested by NBI for syndicated estafa in Bohol 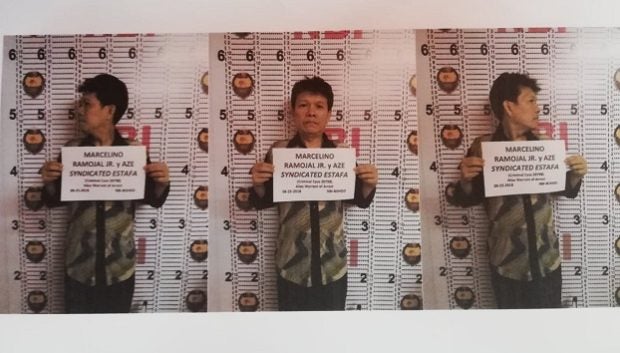 TAGBILARAN CITY – A father and his son were detained by the National Bureau of Investigation (NBI) to face charges of syndicated estafa after they allegedly duped several people into shelling out their money in bogus investments.

Marcelino Aze Ramojal, Jr., 51, and his son Tishri Lloyd Ramojal, 28, were arrested in Cebu City by agents of the National Bureau of Investigation (NBI)- Bohol on Tuesday based on the complaints filed against them.

He said they at least P10 million was allegedly swindled by the suspects from the victims through a networking company founded by the Ramojals in 2015. 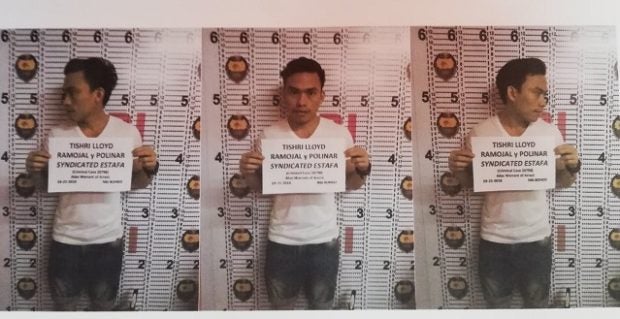 This modus of promising high rates of return with little risk to investors is also known as a “Ponzi scheme,” which is named after a high-profile swindler in Italy in 1800s.

Authorities said the Ponzi scheme is somehow similar to the pyramiding scheme.

“There are numerous complaints,” Oliva said.

At least 13 victims including businessmen, doctors, government employees, OFWs and retired teachers who are mostly Tagbilaran City residents filed complaints before the NBI against the suspects.

The Ramojals were using social media to entice investors by using the tagline “Sure Health, Sure Wealth, Sure Happiness.”

The suspects were arrested in Cebu City through an alias arrest warrant issued by Judge Lindecita Arcamo of the Regional Trial Court Branch 1 in Tagbilaran City on July 23, 2018.

Meanwhile, the NBI is still tracking down Marcelino’s wife Flordefe and another son, Cliff, 25, who are also allegedly involved in the swindling operation. Another suspect, Anita Sanz, was arrested last February.

The Ramojals were arrested by NBI operatives inside the Maximum Care Solutions office along Fuente Osmeña Circle Street in Cebu City.

According to the NBI, the suspects stopped releasing payouts to their investors in 2016 after claiming that their system had been hacked.

The NBI added that suspects then closed their office and then went into hiding.

Lucia (not her real name to protect her identity), a retired teacher, said she invested P500,000 for believing that it would enrich her a million. She was promised four to 15 percent return of investment rate per month.

At first, she received first and second payouts for her investments that she decided to invest another P500,000. But when she was not able to receive her payout, she became suspicious. “Nahugno akong kalibutan (My world fell down),” she told Inquirer.

Another victim, an elderly woman who wished not to be named, couldn’t hide her anger at Ramojals when she went to NBI to file her complaint.

The victim said that she couldn’t believe Marcelino could deceive her because the suspect was her friend. Tishiri declined to give comment when asked by Inquirer.

The arrested are now detained with the arraignment and pre-trial is on Oct. 3.

Oliva meanwhile reminded the public to be wary of scammers offering “too good to be true” offers.

“If an investment is offered to you that seems too good to be true, most likely it is not a true investment,” he said. “Don’t be a victim,” he added. /muf