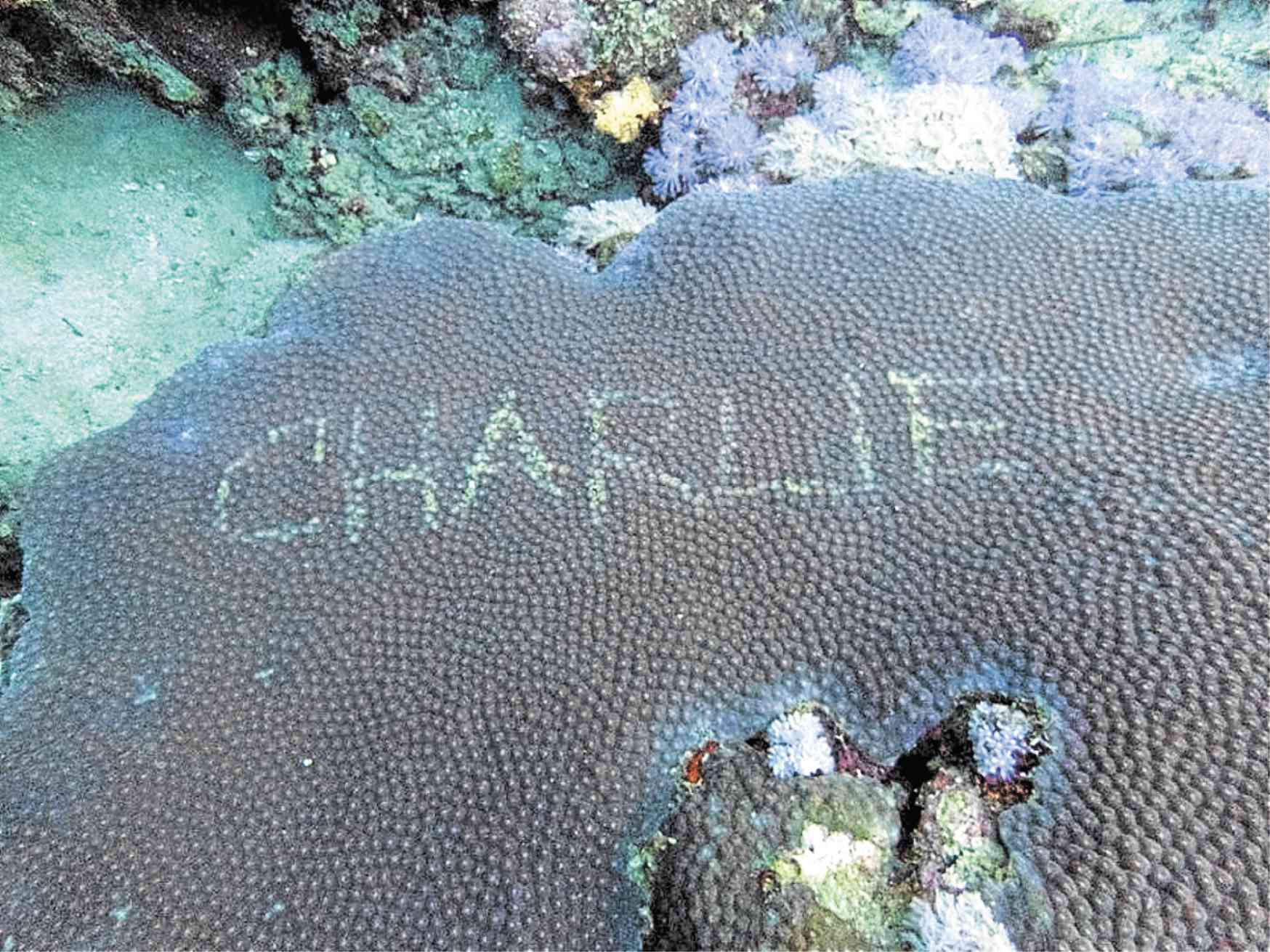 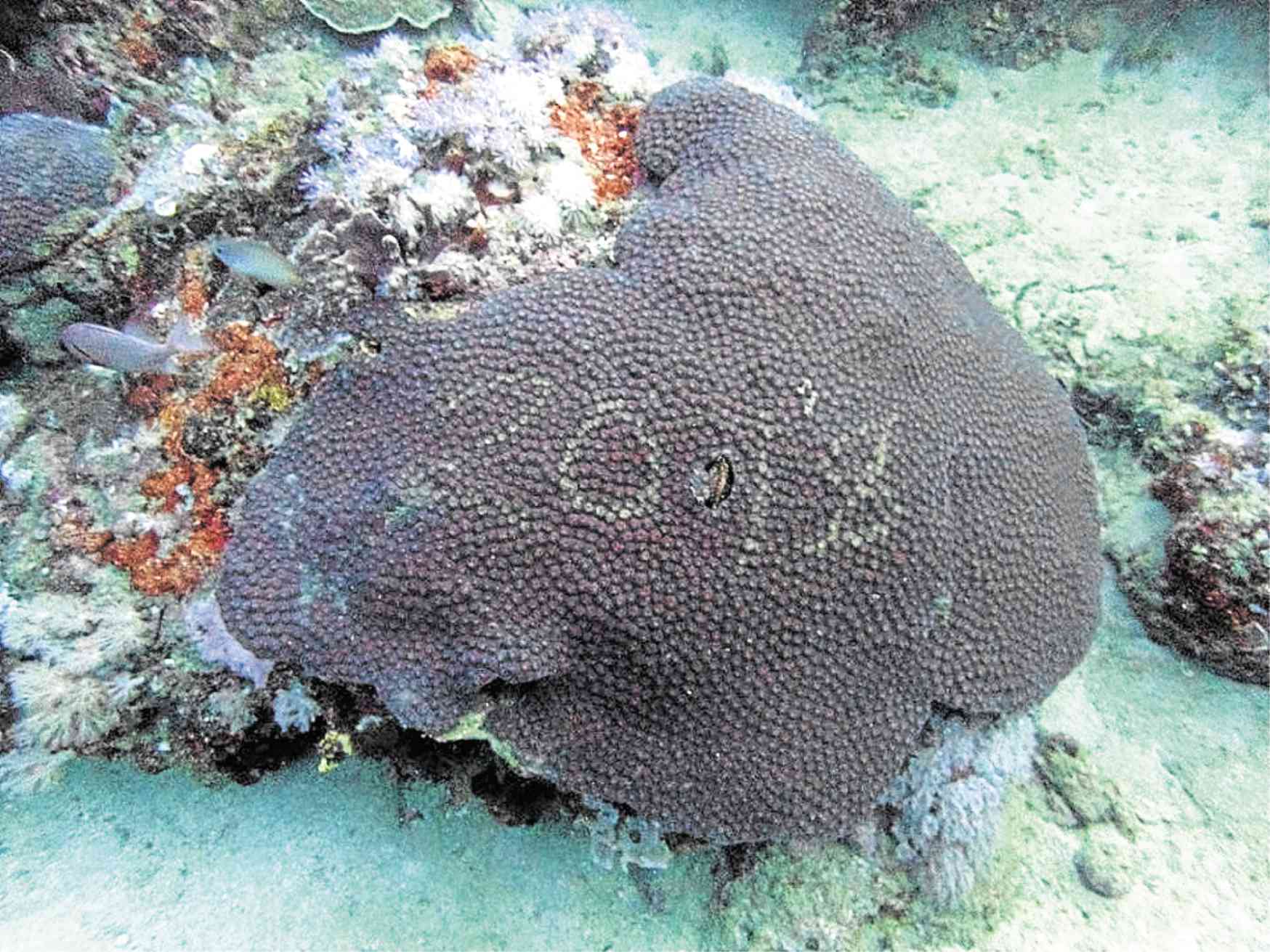 WHO’S THIS STUPID CHARLIE? Two live corals in a marine sanctuary in Bauan, Batangas province, bear the marks of a harebrained diver who etched “Charlie” and “2018” on them. —VINCE TENCHAVEZ/CONTRIBUTOR

SAN PEDRO CITY — What could be more frustrating than tons of plastic wastes in the ocean? Probably an indelible mark on a live coral by a harebrained diver.

Diving groups and marine conservationists were enraged after they found two live corals vandalized in a marine sanctuary in Bauan town in Batangas province.

Incidentally, the vandalism most likely took place last weekend as environmentalists and volunteers across the country collected solid wastes from the seas for the International Coastal Cleanup Day.

Diver Vince Tenchavez, 34, said his group, Scuba Hobby and Recreation Company of Divers, was at the private Bauan Divers Sanctuary Resort for the cleanup activity.

They were about 40 meters deep when he noticed the underwater graffiti—the name “Charlie” etched on a hard coral that was about 1.5 meters (5 feet) wide and “2018” on a smiliar hard coral beside it.

Photos of the defaced corals, posted by Tenchavez, had been making the rounds on social media, with some netizens, putting a hashtag #FindingCharlie, an apparent reference to the 2003 animated film “Finding Nemo” that featured marine animals.

Tenchavez, who regularly dives in that part of the Balayan Bay, said the graffiti was not there the week before.

He also said divers checked the resort’s recent guest list and did not find any one by the name of Charlie.

“I doubt it was a free diver given that depth,” he said.

“The way it was engraved also looked like (the vandal) really took his time,” he said in a phone interview on Thursday.

He said the vandal must have used a tank banger, a metal rod used commonly as part of scuba divers’ gear, to etch words on the corals.

“Can’t believe a scuba diver has that low of an EQ (emotional quotient) and an absence of concern for marine life,” he said.

Tenchavez said he planned to return to Bauan soon to check if those corals had survived.

He said corals were very sensitive to stress and would take years to recover.

“The reason there are a lot of tourists that are law breakers is because they can get away with it,” Trono said.