Sotto wants to lower age of criminal liability to 12 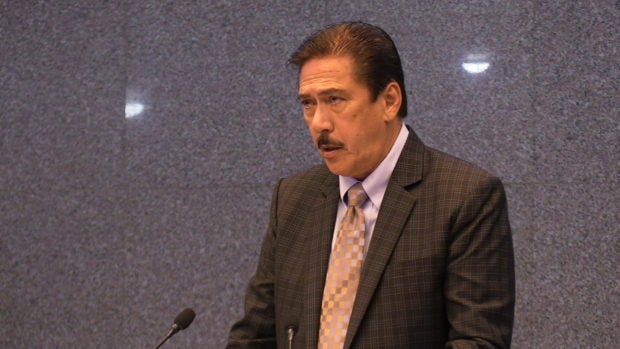 (Updated) Senate President Vicente Sotto III is seeking to lower the criminal liability of minors to 12 years old, noting that syndicates continue to exploit minors in crimes and in the illegal drug trade.

Sotto filed Senate Bill 2026 which aims to amend the Republic Act No. 9344 or the Juvenile Justice and Welfare Act of 2006 exempting children 15 years old and below from being jailed.

“Not only was the law abused by criminals but the innocence of these youngsters were deliberately taken from them,” he said in a statement on Tuesday.

According to Sotto, the existing age ceiling is too high compared to international standards and calls for a lower age of criminal liability.

“The aforesaid law must be further amended to lower the minimum age of criminal liability in order to adapt to the changing times,” he said.

He cited a study from the Child Rights International Network, which noted that the average minimum age of criminal liability in Asia and Africa is 11. Meanwhile, in the United States and Europe, it is 13.

He also cited viral videos that show a 15-year old child who was seen beating another minor to death and kids who stole money from a jeepney driver.

Sotto explained that the bill would amend several provisions of the existing law so that a child aged above 12 and below 18 would be subject to appropriate proceedings, unless proven that he did the crime without discernment.

If the child committed the crime without discernment, he would be exempted from criminal liability, Sotto said.

Meanwhile, children above nine years old to 12 years old who commit serious crimes such as parricide, murder, infanticide, kidnapping and homicide would be deemed as “neglected children” under the Presidential Decree 603 or the Child and Youth Welfare Code.

They would be placed within a youth care facility should the bill be pushed, Sotto said. /je