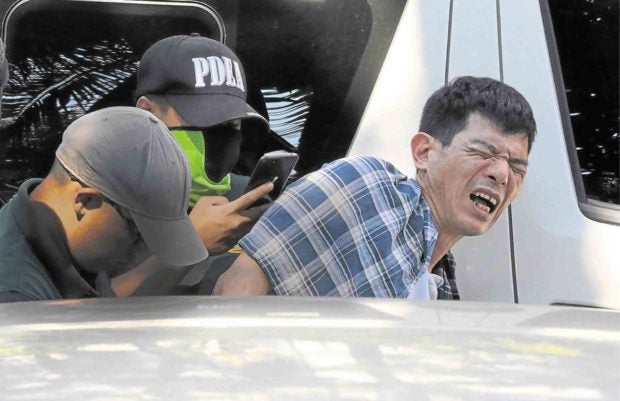 The rights group Karapatan said the finding could not mean the killings of thousands of mostly poor drug users and peddlers in the campaign were justified.

Taken from June 27 to 30, the poll shows that 78 percent of 1,200 respondents are “satisfied” while 13 percent are “dissatisfied” with the drug war, for a net satisfaction rating of +65 percent, a slight improvement from +64 in March.

SWS does not explain whether “satisfied” and “dissatisfied” mean the respondents approve or disapprove of the thousands of deaths in the President’s take-no-prisoners crackdown on narcotics.

More than 4,500 people have been killed in the campaign, according to data from the Philippine National Police.

Rights groups, however, say the real death toll is more than 12,000 since the President launched the campaign after taking office in June 2016.

The killings have drawn condemnation from international human rights groups, the United States, European Union and United Nations and led to the filing of a complaint against the President and 11 of his officials in the International Criminal Court, asking that they be investigated for possible crimes against humanity.

Amid all this, the term “satisfied” is confusing.

Cristina Palabay, secretary general of Karapatan, said the SWS finding could mean the government had been successful in “fooling many people” into believing that the drug war was an effective antidote to the country’s numerous problems.

She said the finding could not mean the PNP was right in killing the victims and that police actions were in accordance with human rights.

“While the government may have fooled many into believing that illegal drugs can be eliminated through killings, they can’t fool the people all the time,” Palabay said.

For the rights group Hustisya, made up of relatives of the victims of alleged extrajudicial killings in the war on drugs, the SWS finding did not reflect the sentiments of people directly affected by the brutal crackdown.

“[The victims’ families] may be a minority, but were they even surveyed? Did SWS conduct interviews in communities where there were many victims of [extrajudicial killings]?” Evangeline Hernandez, head of Hustisya, said in an interview on Monday.

Hernandez said respondents’ “satisfaction” in a poll about the drug problem should mean approval or disapproval of the methods used by the government in dealing with the menace.

But the SWS poll, she said, does not show this. Instead, she said, it highlights the government’s failure to deal with the causes of drug use and loitering, another subject of the survey where the finding is clear: 60 percent of the respondents consider arresting idlers a violation of human rights.

“What [the] government [fails] to understand is why there are people who resort to illegal drugs or why there are many who are left idle in the streets. It still refuses to admit that pervasive poverty and unemployment persist,” Hernandez said.

Also commenting on the SWS poll, the Commission on Human Rights (CHR) on Monday said the popularity of the war on drugs could not be used as a license to trample on human rights.

“We have been well aware that the President and his antidrug efforts have been popular, but [that] does not and cannot constitute a license to run roughshod on the Bill of Rights and the rule of law,” said CHR Chair Jose Luis Gascon.

The CHR, he said, will press for full investigation of all killings and charges against the perpetrators.

“Human rights are too important to be subjected to a popularity contest,” Gascon said.

The PNP was glad about the SWS finding, with Director General Oscar Albayalde saying on Monday it reflected “the strongest recognition and manifestation of support” that would inspire the police force to “wage even more” the war on drugs.

Albayalde attributed to the crackdown on narcotics a 15.6-percent drop in crime from January to August this year. —With a report from Jaymee T. Gamil