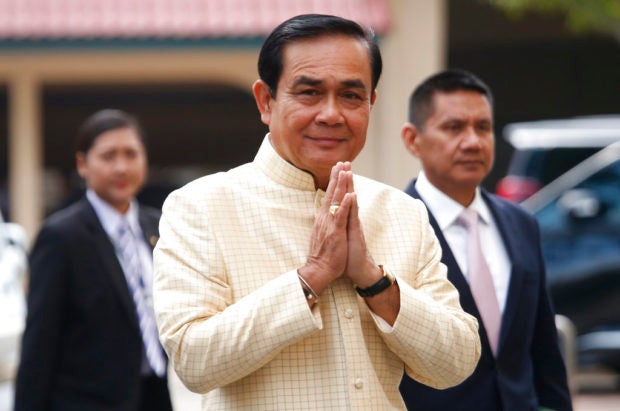 BANGKOK — The head of Thailand’s military government has declared he is “interested” in participating in politics, in a new indication he may seek to remain in office after elections scheduled for early next year.

Prime Minister Prayuth Chan-ocha’s remarks Monday did not clarify whether he is considering running in the general election, which is supposed to be held by May next year, or will seek to be appointed by the new parliament as a non-elected outsider prime minister.

Prayuth disavowed political ambitions when he led a May 2014 coup that ousted an elected government. The military declared it would reform politics, and banned most political party organizing until earlier this month.

For several months, Prayuth and his backers have been organizing support for pro-military parties. /ee