NDFP on ‘Red October’: Duterte, military ‘scaring themselves to death’

DAVAO CITY— The National Democratic Front of the Philippines (NDFP) on Monday belied Malacañang’s pronouncement that the communist group is conniving with Liberal Party and other critics of President Rodrigo Duterte in the so-called “Red October” destabilization plot, citing intelligence reports from the Armed Forces of the Philippines (AFP). 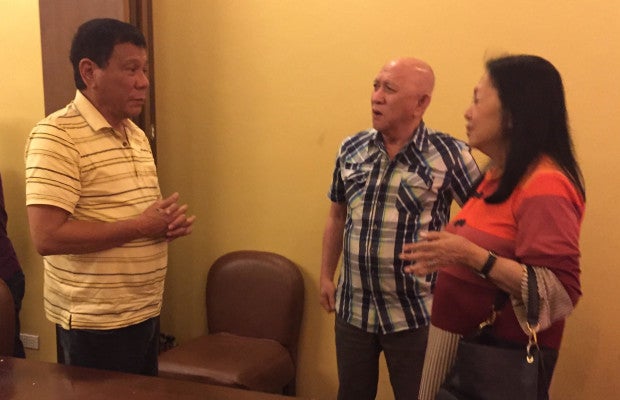 But Agcaoili described the AFP’s intelligence report as foolish and even slammed the AFP’s proposal of creating a task force in a bid to end the communist insurgency in the country.

“They are poised to do extremely foolish things like militarizing civil agencies of the government under a task force, making Bongbong Marcos the VP, and declaring martial law or state of emergency nationwide,” he said.

Agcaoili said the Palace-backed creation of an anti-communist insurgency body would only ignite what he called “people’s uprising.”

“These are the things that will precisely ignite a people´s uprising. The military will be wasting its personnel by trying to command civilian agencies and will be sucking up the tax revenues of the government by trying to increase personnel and so-called military-civilian operations,” he stressed.

“Duterte is really crazy by trying hard to bring the country to perdition or hell. Peace negotiations would have been a more economical effort of the Duterte regime were it not for its mania for fascist dictatorship,” Agacaoili added.  /kga