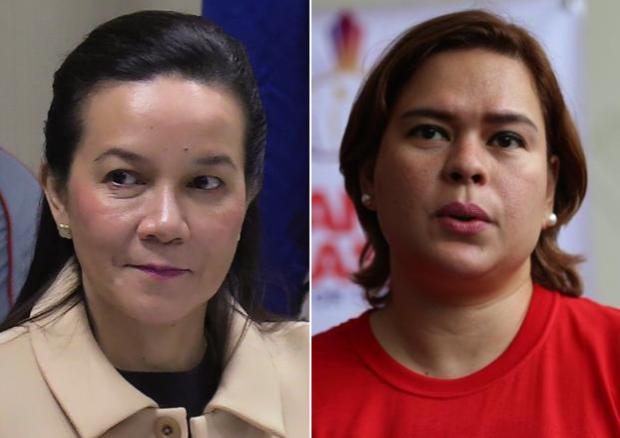 Only Davao City Mayor Sara Duterte-Carpio could rival Sen. Grace Poe in the top spot for the upcoming May 2019 elections.

In between them were Cynthia Villar with 57.7 percent, Pia Cayetano with 54.4 percent, and Nancy Binay with 50.6 percent.

[My personal opinion is that Sara is the only one that can rival Grace for the number one spot.]

Pimentel noted that, even without an official announcement of her running for senator, Carpio was able to rank high in the recent senatorial poll.

[So it‘s only Sara who has a chance to fight Sen. Grace Poe for the number one spot.]

Pimentel made the remark after being asked if he had any update on whether or not they were able to convince the Davao City mayor to run for senator.

He said there were no talks regarding the matter. But he pointed out that PDP-Laban, chaired by the mayor’s father, President Rodrigo Duterte, had a reserved slot in their senatorial slate for the younger Duterte.

[We in PDP-Laban have not tried to convince her. But we have reserved a slot for her in case she’s running.]

The mayor has so far maintained that she will not seek a Senate seat in 2019. /atm