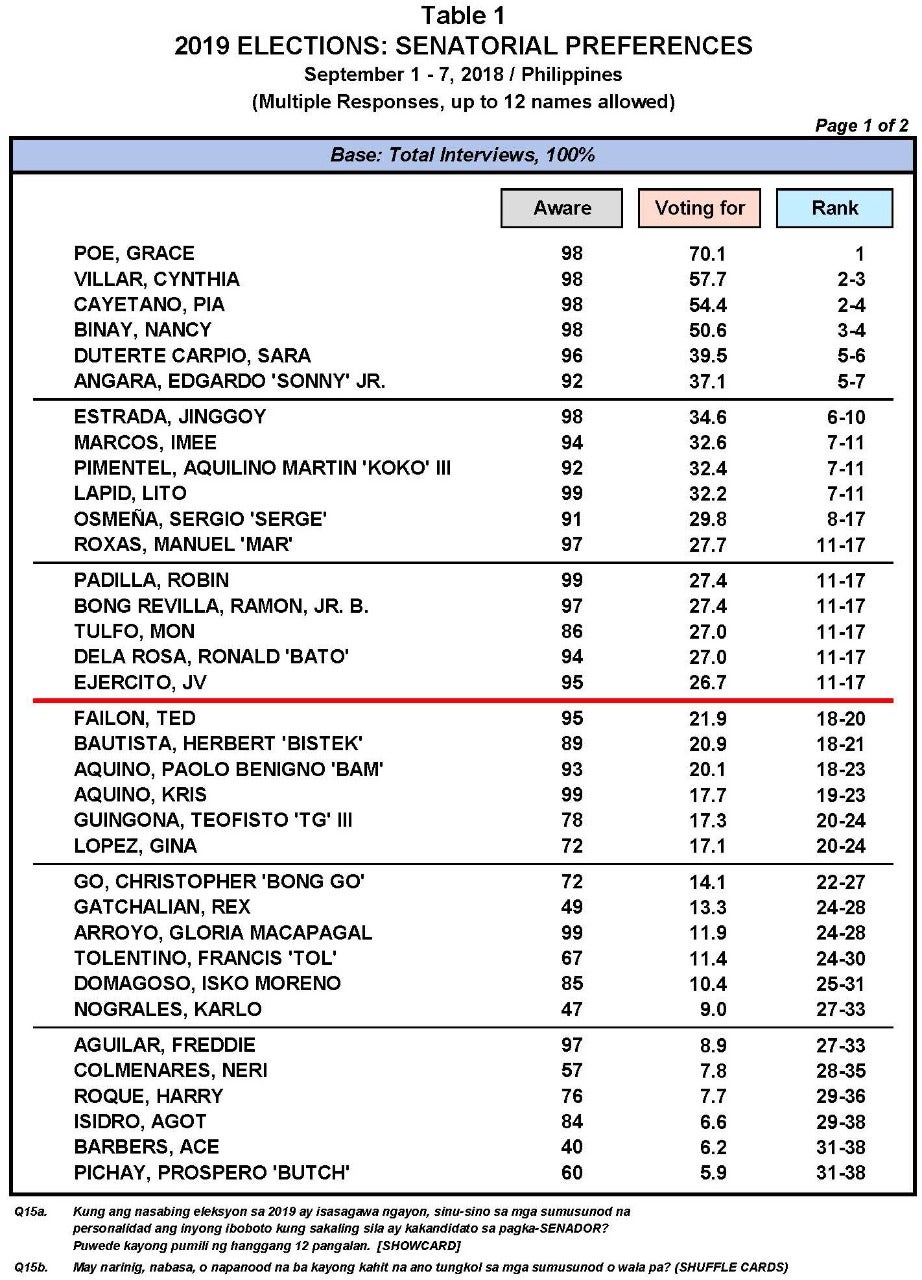 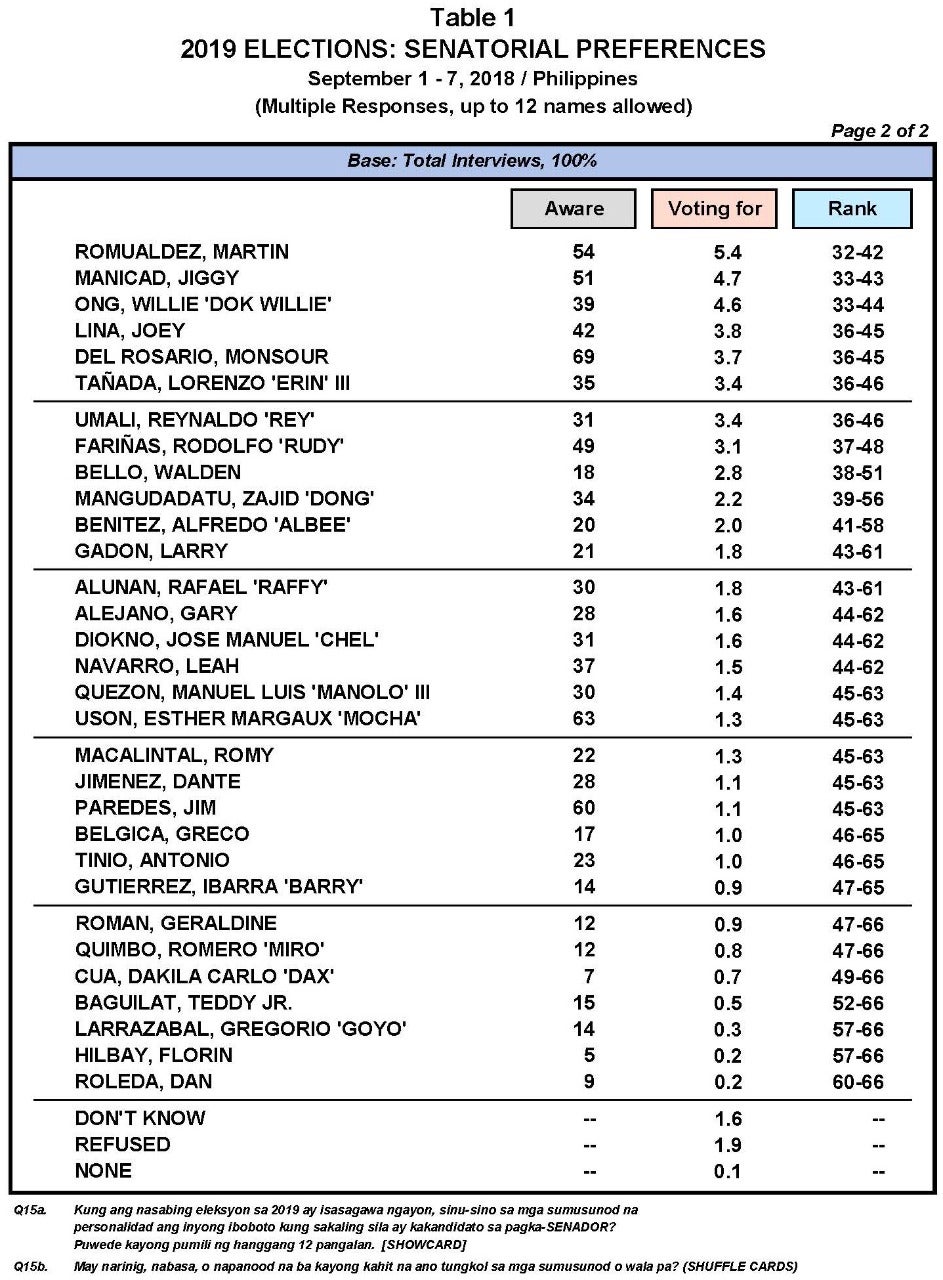 Senator Grace Poe still tops the list of possible contenders in the May 2019 elections, a recent nationwide pre-election survey of the Pulse Asia has showed.

Senator Cynthia Villar comes in second with 57.7 precentof respondents likely to vote for her while Taguig City Representative Pia Cayetano had 54.4 percent.