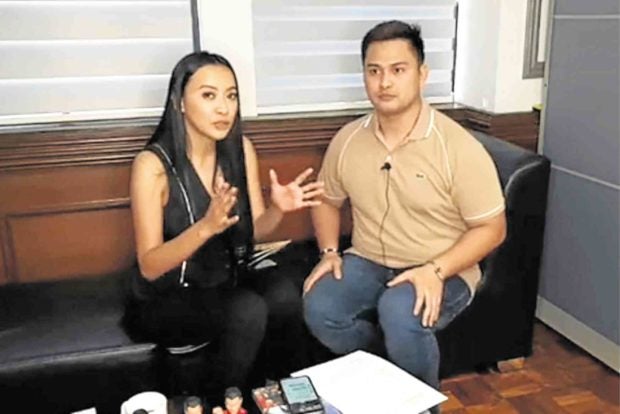 In an interview with INQUIRER.net, Eleazar also revealed that Presidential Communications Assistant Secretary Mocha Uson is set to accompany Olivar to his office on Saturday morning.

“We will investigate the reported alleged bomb scare posted by Drew Olivar on social media. Relatedly, Mocha Uson volunteered to accompany Olivar in my office tomorrow to shed light on the matter,” he said.

According to Eleazar, it was Uson who contacted him and volunteered to bring Olivar to his office.

“Yes, dadalhin siya bukas ni Mocha (Mocha will bring him tomorrow) for him to explain,” he said.

Olivar earlier posted on social media that it would be scary to stage a rally in Edsa as he claimed of rumors that the bombing at Plaza Miranda might happen again.

This came as protesters were set to stage demonstrations to remember the 46th anniversary of martial law declaration in the country.

In a subsequent Facebook post, Olivar said that it wasn’t a bomb joke asserting there were rumors of bomb threats for Friday’s protest actions.

But Eleazar said: “We have not received any bomb threat.”  /kga