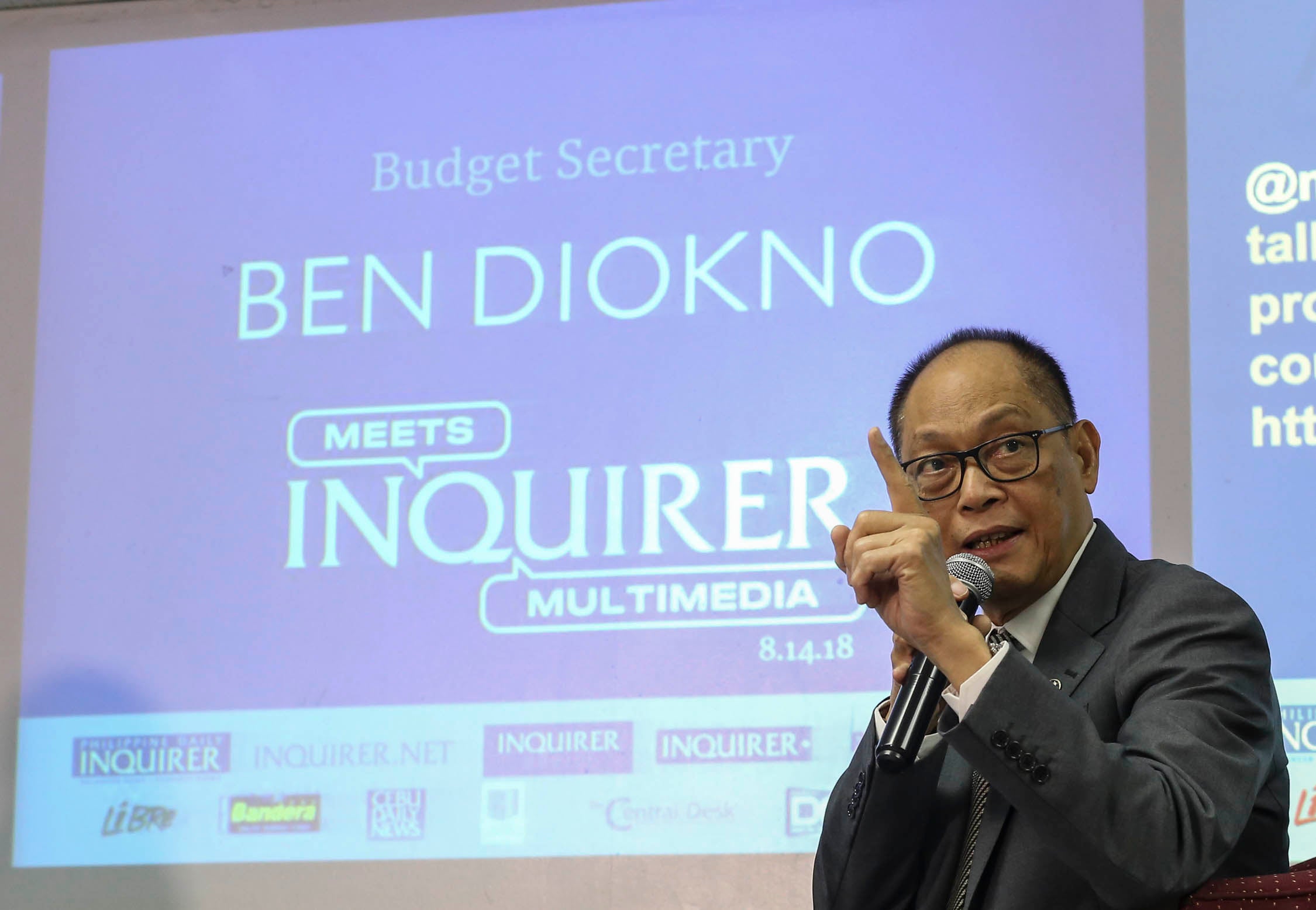 Given slow spending on health facilities, Budget Secretary Benjamin Diokno on Wednesday said the cut in the proposed budget of the Department of Health (DOH) for 2019 would stay.

Diokno sought to ease fears that the cut would result in job losses among health workers.

At a press briefing, Diokno noted that the DOH’s Health Facilities Enhancement Program (HFEP) had been “notorious in its slow disbursement rate” over the past decade.

As for the cut in the total proposed DOH budget for next year, Diokno reiterated that this took into account the slow fund utilization of some of the department’s programs.

For one, the DOH’s Human Resource for Health (HRH) Development Program, which lets the government contract medical professionals’ services, was allocated P9 billion for next year, the budget chief said.

“Of this amount, P1.2 billion is allocated in the DOH budget, while P7.8 billion is lodged in the Miscellaneous Personnel Benefits Fund (MPBF). A huge sum was placed in the MPBF to give job security and full benefits to health professionals, as it will be used for the creation of permanent and contractual positions,” he said.

While the proposed 2019 budget for the HRH declined by 6.2 percent from last year’s P9.6 billion, Diokno said disbursements in 2017 were only 77.4 percent or P6.4 billion of the P8.3-billion allocation.

“This means the DOH was not able to fill all positions as funded” under last year’s budget, he pointed out.

“This serves as our basis for the marginal decrease in the budget of the HRH. This should not result in job losses because you cannot cut what is not there to begin with,” he said.

“In this sense, the DOH even has a larger budget as we are giving it P9 billion compared to the P6.4 billion it actually disbursed in fiscal year 2017,” he added.

“We wish to give our health professionals job security and full benefits for their service by funding permanent and contractual positions, not just job order arrangements,” Diokno said.

“We are doing this to be able to deliver a higher standard of health service to the Filipino people.”