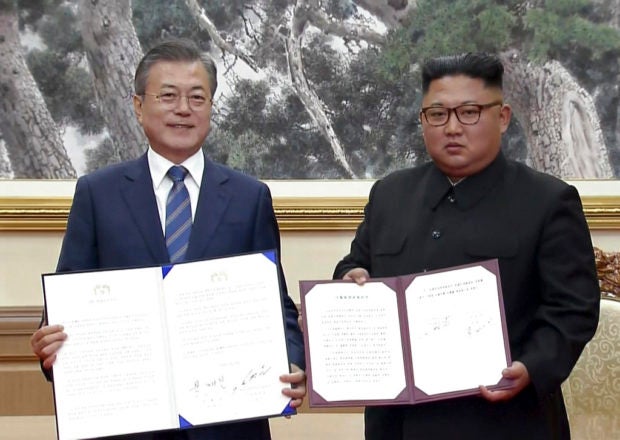 PYONGYANG, North Korea — North and South Korea have agreed to disarm a jointly controlled border village, starting with the removal of land mines.

A joint statement signed by the countries’ military chiefs on Wednesday said the Koreas will aim to remove the mines in the Joint Security Area (JSA) in the truce village of Panmunjom within October and also remove guard posts from the area.

The statement said the Koreas agreed to jointly verify the results of such steps and also allow tourists and observers to move freely within the JSA.  /kga