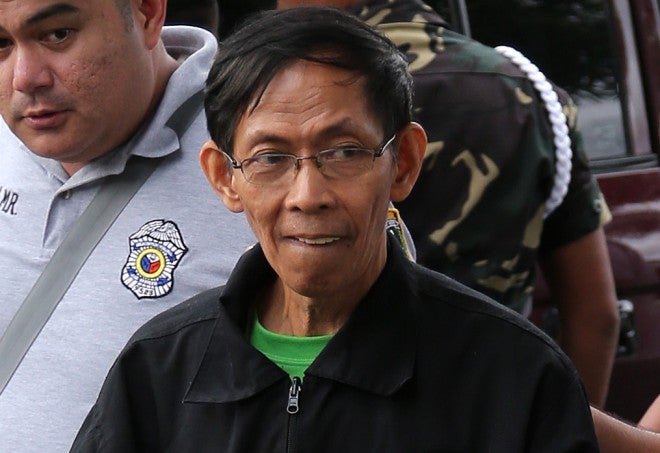 Malacañang dismissed as “baseless” speculations that President Rodrigo Duterte would pardon former Major General Jovito Palparan who was convicted of kidnapping University of the Philippines (UP) students Sherlyn Cadapan and Karen Empeno in 2006.

Erlinda Cadapan and Concepcion Empeño have expressed fear that Duterte might pardon Palparan.

On Monday, 12 years after the incident, Judge Alexander Tamayo of the Malolos Regional Trial Court handed a guilty verdict on Palparan and two other military officers for kidnapping and serious illegal detention.

Convicted with Palparan were Lt. Col. Felipe Anotado Jr. and Staff Sgt. Edgardo Osorio. They were sentenced to reclusion perpetua, or imprisonment from 20 years and one day to 40 years.  They were also ordered to pay P100,000 for civil indemnity and P200,000 for moral damages for each count.

Empeno and Cadapan were seized by gunmen from their rented house in Hagonoy, Bulacan, in 2006. /cbb