Palparan guilty of kidnapping UP students 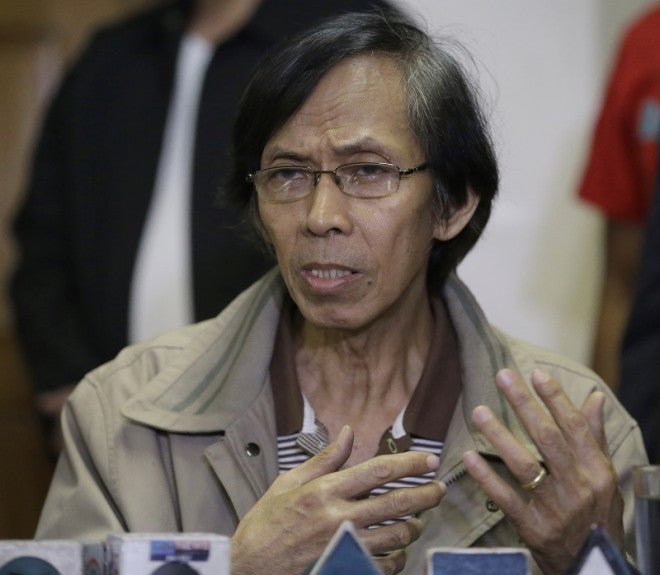 The Malolos Regional Trial Court (RTC) on Monday found former Major General Jovito Palparan guilty of kidnapping and serious illegal detention related to the disappearance of University of the Philippines (UP) students Sherlyn Cadapan and Karen Empeno in 2006.

The judgement was promulgated at the Malolos RTC before Judge Alexander Tamayo.

Aside from Palparan, also found guilty of the crime were Lt. Col. Felipe Anotado, Jr. and Staff Sgt. Edgardo Osorio.

The court issued an alias warrant against the other accused M/Sgt. Rizal Hilario, who remains at large.

Palparan, Anotado and Osorio were sentenced to reclusion perpetua, or 20 years and one day to 40 years imprisonment, and were ordered to pay P100,000 for civil indemnity and P200,000 for moral damages for each count.

Tamayo ordered them committed to the New Bilibid Prison.

Papalaran is currently detained at the Army Custodial Center in Fort Bonifacio in Taguig City for his alleged role in the abduction and illegal detention of Empeno and Cadapan.

Unidentified armed men seized the students in a house in Barangay San Miguel, Hagonoy, Bulacan, on June 26, 2006. The whereabouts of the two women are unknown.

Leftist groups tagged Palparan, who was then the commander of the 7th Infantry Division, on the disappearance of the students who were suspected to be members of the New People’s Army (NPA).

Palparan went into hiding following the issuance of a warrant for his arrest. He was arrested in Sta. Mesa, Manila, in 2014.

The former military officer was initially detained at the Bulacan provincial jail but due to security concerns, the court granted his transfer at the Army Custodial Center at Fort Bonifacio.

Palparan continues to maintain his innocence over the UP students’ disappearance, saying he has no knowledge whatsoever of the kidnapping and illegal detention cases filed against him. /cbb