In Apayao, ‘Ompong’ survivors quick to rise from devastation 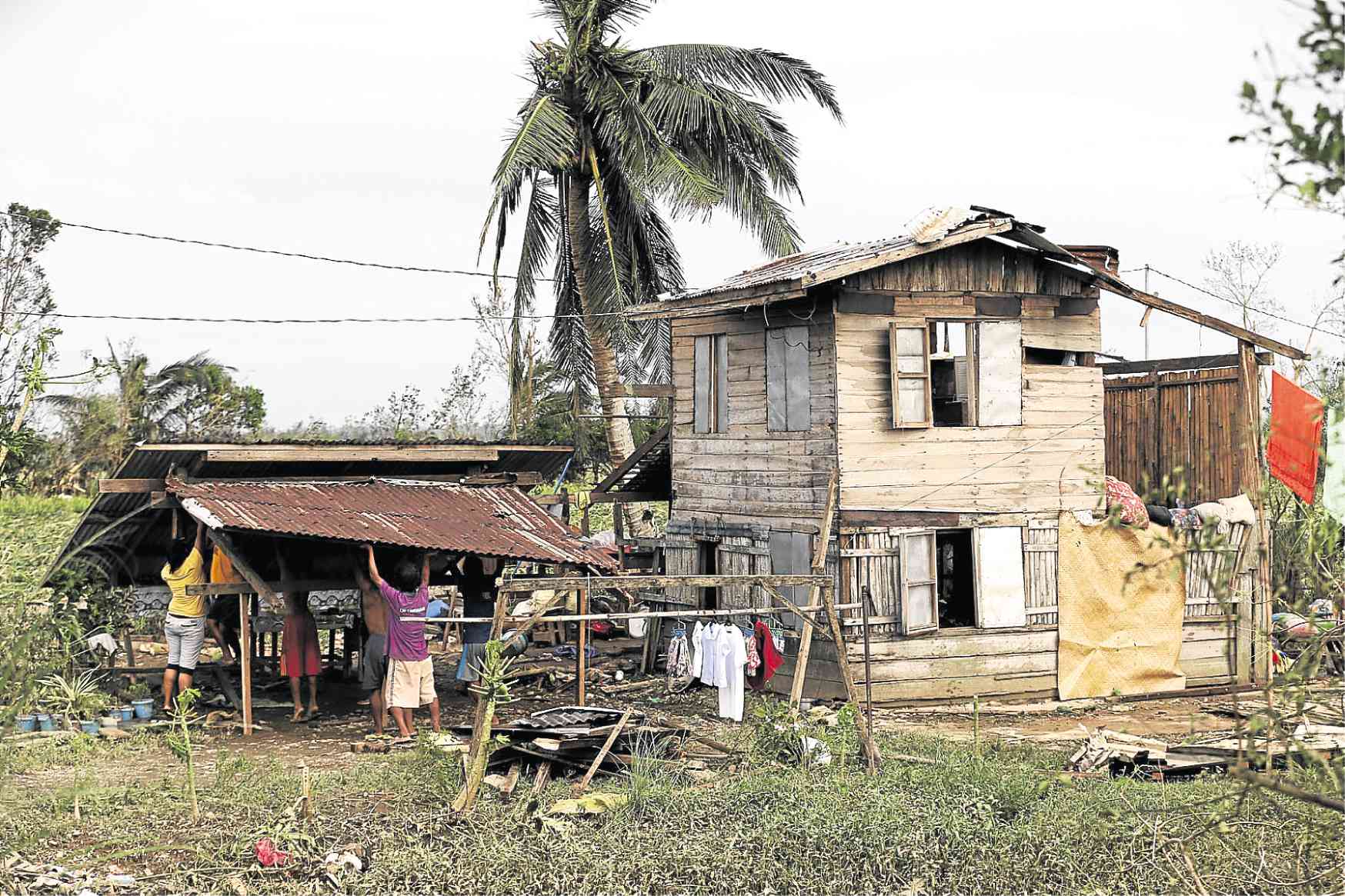 PUDTOL, Apayao — As quickly as Typhoon “Ompong” (international name: Mangkhut) wrecked their old wooden house at Barangay Imelda here on Saturday morning, Floring Uba and his family of seven spent Sunday dismantling the wreckage, and sifting through reusable pieces of galvanized iron sheets and lumber among the debris.

Family members started working and by noon, the main frame of the newly rebuilt house was starting to take shape, complete with a roof.

“We get knocked down; we rise again. What the typhoon destroys, we rebuild, until we may need to rebuild all over again,” said the 72-year-old Uba, smiling, as he went on pulling out nails on a fallen house partition.

Like many residents in northern Luzon, who had to deal with the frequent visits of typhoons, the Ubas suffered another blow on Saturday but showed they were always ready to rise again, even on their own.

“It’s tough, but we have no choice but to start anew. We can’t let any typhoon defeat our resolve,” he said.

Ompong, the strongest typhoon to hit the country this year, barreled through northern Luzon on Saturday, left a wide swath of devastation mainly in Cagayan and Apayao provinces. It pounded Baggao town in Cagayan, where it first made landfall at 1:40 a.m. on Sept. 15. The typhoon then hitGattaran and Lasam towns in Cagayan and the Apayao towns of Flora and Pudtol as it moved toward the West Philippine Sea.

A couple of houses away, Santiago Agoo Jr., a father of three, wanted to start repairs on his house but village officials said he had to wait for a survey by government social welfare personnel so his family could receive aid.

“At times we end up arguing because he wanted to start repairs, but I kept stopping him. He kept saying, ‘If indeed help will come, when?’” said his wife, Analyn Agoo, 40, quoting her husband.

Village chair Brandon Adriano said the people of Pudtol were used to getting pummeled by typhoons, but never with the force as that of Ompong.

“For us, what is most important is no lives were lost. We’re still here to enjoy life with our family,” he said.

Read Next
Hugpong loses Davao Norte ally to PDP-Laban
EDITORS' PICK
EDITORIAL: To a bike-friendly future
The Best Tech Gifts For The 2022 Holidays
Is it safe to talk politics again at family gatherings? ‘The Reconciliation Dinner’ shows us what that’s like
House energy committee chair Arroyo bats for cheap electricity
vivo’s coming to town to grant wishes with more holiday promos
Pagasa: Warm, sunny Sunday in most parts of PH
MOST READ
LOOK: Vhong Navarro transferred to BJMP detention facility in Taguig
The Elephant Man in the Senate
Posh village as ‘shabu’ haven
LOOK: Zanjoe Marudo bonds with Ria Atayde, her family
Don't miss out on the latest news and information.