Postal worker in US caught stealing cash from over 6,000 letters | Inquirer News

Postal worker in US caught stealing cash from over 6,000 letters 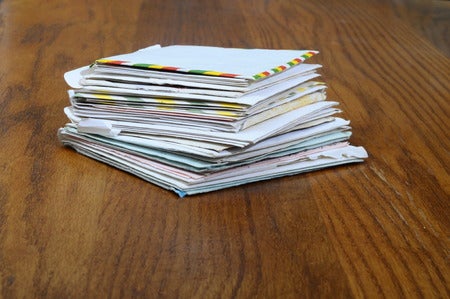 One postal worker from Milwaukee in Wisconsin, United States was found to have stolen more than 6,000 letters filled with cash and checks. Ebony Lavonne Smith, 20 years old, was caught early this year by postal agents after they planted a transmitter inside a test letter, along with $20.

During summer last year, residents of Wauwatosa complained that they weren’t receiving any of their mail in ZIP codes 53213 and 53226. Smith, who was assigned to deliver mail in those areas last March 2017, was identified. Authorities were then prompted to investigate.

Under surveillance, a U.S. Postal Service (USPS) supervisor watched as Smith went through the letters she was supposed to deliver last January, according to the Journal Sentinel on Sept. 17. As Smith arrived at the address of the test letter, the transmitter was activated and postal agents arrived and approached Smith.

It was reported that the $20 was no longer inside the envelope. The agents allowed Smith to recover the cash, which she hid inside her purse. Authorities found more letters inside Smith’s vehicle, most of which were USPS customer greeting cards as well as a Starbucks gift card.

Court records show that Smith admitted to stealing money from mail one to two days a week, the report stated. She said she stole the cash so she can pay her bills and support her four children.

Last July, auto salvage yard “Wrench N Go” reached out to USPS after the company discovered a large number of U.S. mail in a scrapped USPS company car. Over 6,000 more letters were found, a mixed bag consisting of greeting cards and personal checks. A couple of letters found in the car were addressed to Smith, thus pointing to her as the culprit.

As of this writing, it’s still unknown whether the amount of money, as well as the letters, Smith stole were given to their rightful owners. Meanwhile, Smith has pleaded guilty to theft on Sept. 12 and will be sentenced at a later date. Cody Cepeda/JB

Postal workers back in GSIS fold

Read Next
At least 20 killed in central Iran bus crash – reports
EDITORS' PICK
EDITORIAL: To a bike-friendly future
The Best Tech Gifts For The 2022 Holidays
Is it safe to talk politics again at family gatherings? ‘The Reconciliation Dinner’ shows us what that’s like
House energy committee chair Arroyo bats for cheap electricity
vivo’s coming to town to grant wishes with more holiday promos
Pagasa: Warm, sunny Sunday in most parts of PH
MOST READ
LOOK: Vhong Navarro transferred to BJMP detention facility in Taguig
The Elephant Man in the Senate
Posh village as ‘shabu’ haven
LOOK: Zanjoe Marudo bonds with Ria Atayde, her family
Don't miss out on the latest news and information.