Villafuerte accuses Andaya of ‘bullying’ during meeting at House 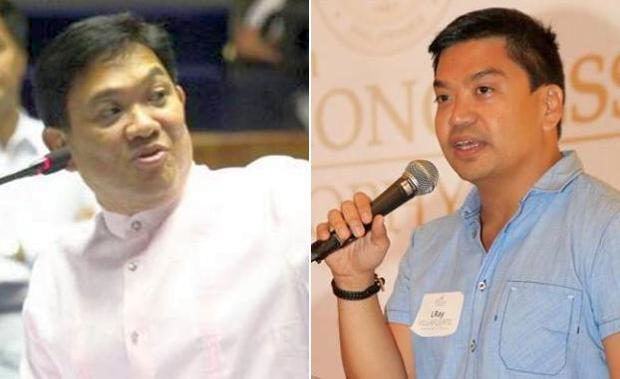 Camarines Sur Rep. Luis Raymund Villafuerte Jr. on Monday accused House Majority Leader Rolando Andaya Jr. of “bullying,” “threatening” and “cursing” him during a meeting before the supposed plenary debates on the proposed 2019 budget. But Andaya denied it.

[Look at his past viral behavior. It came out awhile ago. He was challenging me. He approached me. I was on the mic. I was calm.]

[He shouted at me. He cursed me. He challenged me. That’s on record. The other House members saw that.]

[He has always been touchy.]

[He’s running against my son. Maybe he knows he won’t win. But my point is we should not bring local politics to Congress. If it’s a local dispute, it should be kept local.]

[Nothing. What happened earlier was a man-to-man issue. I don’t kiss and tell. I neither challenged nor bulied anyone, especially considering that the Speaker was there.]

“It has nothing to do with local politics,” he added.

Earlier, Davao City Rep. Karlo Nograles said the meeting was convened because Andaya wanted him to conduct another hearing and approve a committee report different from the one approved by his the appropriations committee, which Nograles chairs.

Andaya denied ordering this. He said Nograles’ meeting was “unsanctioned.’ But he said it was Arroyo who presided at the meeting.

Several lawmakers earlier said Nograles would be ousted as the chair of the appropriations panel. Nograles has dismissed this.

Nograles to be ousted as House budget chief, sources say

Nograles dismisses claims he would be ousted as House budget chief

Andaya: No House reorganization, plenary debates on 2019 budget to push through