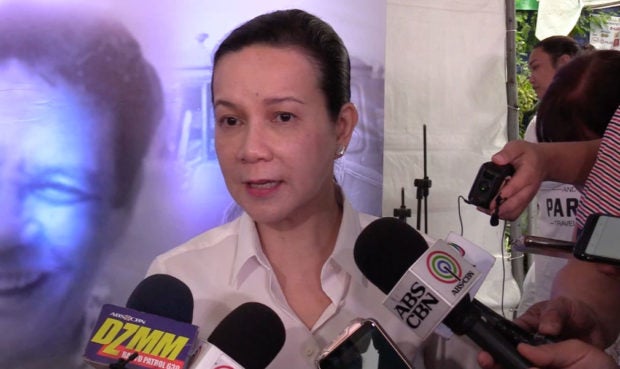 Senator Grace Poe has asked government to speed up the release of calamity funds for typhoon-hit Cagayan Valley, to ensure that the region can “replant, rebuild, and restore its farm output and facilities.”

“One-fourth of the corn we produce, and one-seventh of the national palay we harvest come from the Cagayan Valley,” Poe said in a statement on Saturday, reminding that the area ranks first in production of corn and second in palay.

The senator also emphasized that aside from the Cagayan Valley, typhoon “Ompong” also affected the Ilocos region and Cordillera Administrative Region (CAR), which supplies vegetables to other parts of Luzon including Manila.

“Ompong” made landfall around 1:00 a.m of Saturday in Cagayan.  Government officials predict Cagayan and Isabela as the provinces most affected by the weather disturbance, although there is no exact estimates of damages as of now.

According to Poe, portions of the P19.6 billion National Disaster Risk Reduction and Management Fund in the 2018 national budget should be allocated to the affected regions

“If you combine the agricultural area of the three regions which is about 835,012 hectares, then you are talking about a substantial area critical to our food supply, and which gives livelihood to millions of farmers,” she explained

“If Cagayan, Ilocos and Cordillera do not plant, the nation goes hungry,” she added.

“These funds are already parked with the agencies, and some should have been predeployed to regions,” Poe said.

She also asked that government set-up one-stop shops to process calamity fund requests in Cagayan and other areas.

Signal No. 4 up in Ilocos Norte, Cagayan

Read Next
Baguio mayor says death due to landslide still unconfirmed
EDITORS' PICK
SMDC’s Bloom Residences: A master planned community that cares for your health and wellness
COVID-19 cases in PH pass 3.2 million mark with 37,154 new cases — DOH
Over 3 Million worth of prizes to be won at Smart Padala’s SENDali Manalo Promo!
Upsilon, Unilever give ‘real talk’ on climate change crisis
What to expect as Metro Manila starts ‘no vaccination, no ride’ policy on Monday
Metro Manila’s daily COVID-19 growth rate drops to 2% — Octa Research
MOST READ
Thailand records first Omicron death
‘Not my loss’: Did Kris Aquino just comment on her breakup with Mel Sarmiento?
Prince Harry sues for UK police protection
Ivana Alawi tests positive for COVID-19, urges public to comply with health protocols: ‘No one’s above the law’
Don't miss out on the latest news and information.