As the typhoon with a huge raincloud band 900 kilometers wide moves north, it will whip up pounding rain and strong winds over the rest of northern Luzon, including Central Luzon, Perez said, adding that Ompong can topple electric poles, trees and old homes made of wood.

A report from the Associated Press quoted witnesses as saying that the storm’s ferocious wind and blinding rain ripped off tin roof sheets and knocked out power at the start of the onslaught. 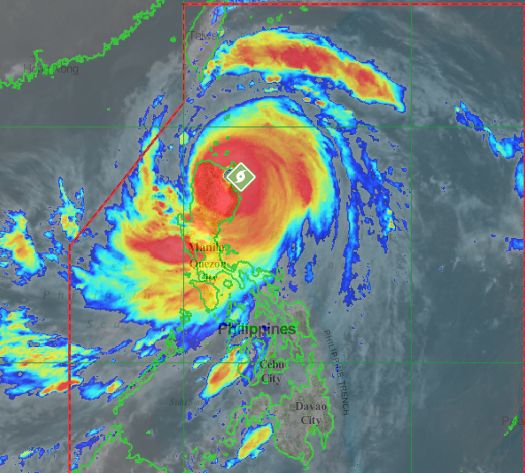 More than 5 million people are at risk from the storm, which the Hawaii-based Joint Typhoon Warning Center categorizes as a super typhoon with powerful winds and gusts equivalent to a category 5 Atlantic hurricane.

There were no immediate reports of major damages or casualties in the region, where a massive evacuation from high-risk areas has been underway for the last two days.

At a press conference minutes after Ompong’s landfall, Perez reiterated that storm surges as high as six meters could hit the eastern portion of northern Luzon. 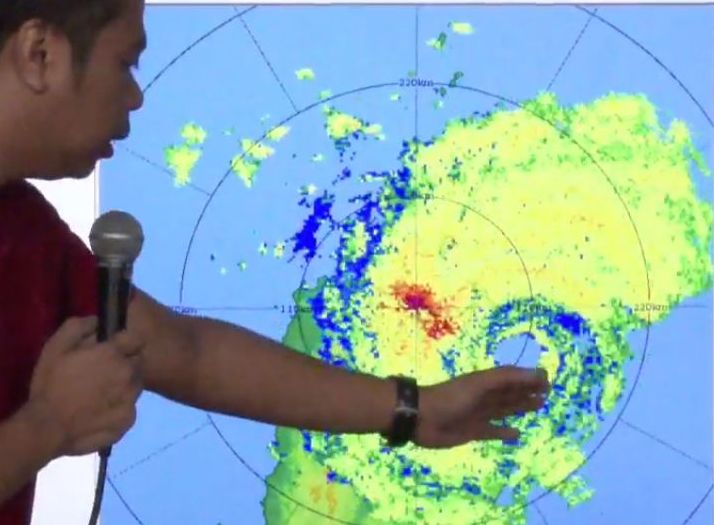 The typhoon, which packed 205-kilometer per hour (kph) winds and gusts of up to 255 kph while moving west north-west at 30 kph, was expected to weaken as it blows toward the Ilocos region.

Even if the typhoon weakens slightly after slamming ashore, its winds will remain very destructive, Pagasa forecaster Rene Paciente said.

“It can lift cars, you can’t stand, you can’t even crawl against that wind,” Paciente told reporters late Friday in Manila.

In Cagayan’s capital city of Tuguegarao, residents braced for the typhoon’s fury by reinforcing homes and buildings and stocking up on food. 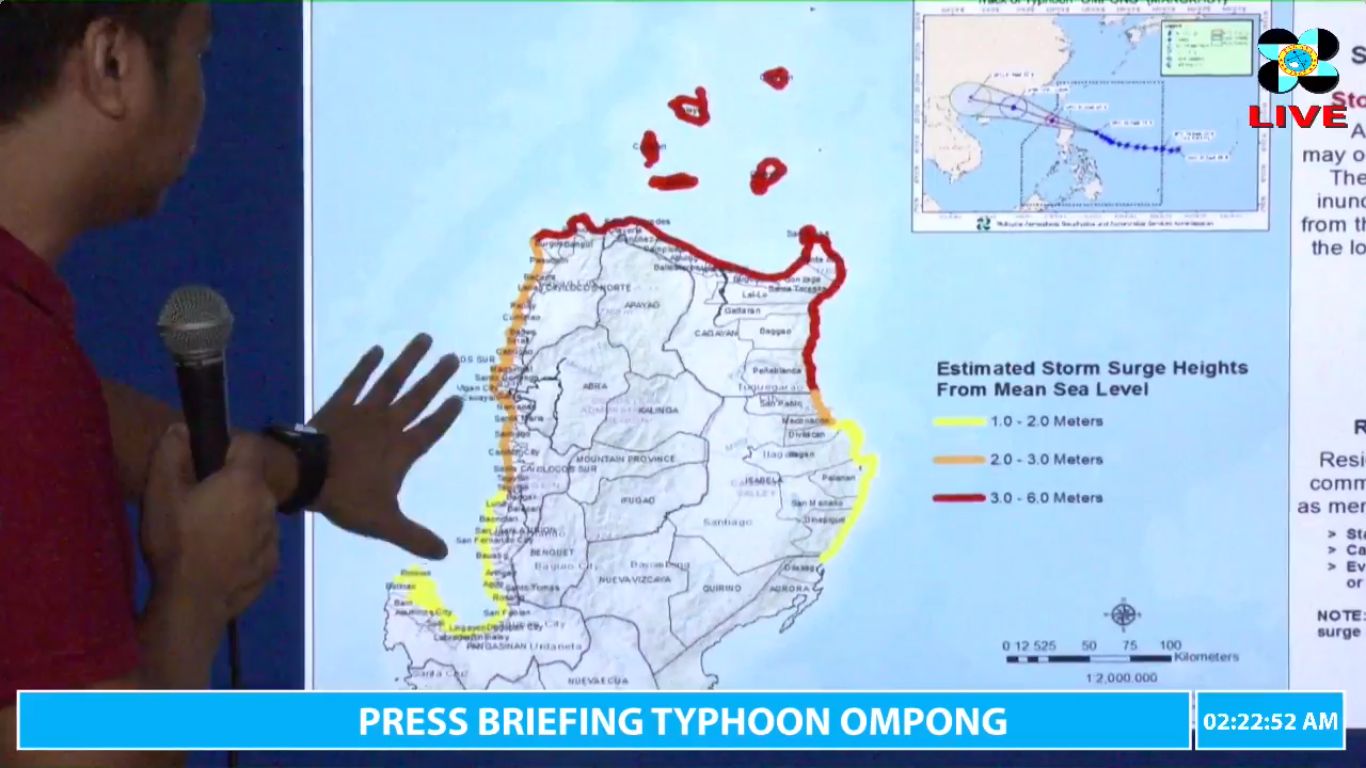 The other storm signals are the following:

After the Philippines, the Hong Kong Observatory predicts Ompong will plow into the Chinese mainland early Monday south of Hong Kong and north of the island province of Hainan. Though it is likely to weaken from a super typhoon to a severe typhoon, it will still be packing sustained winds of 175 kph (109 mph), it said. With a report from Associated Press/ac