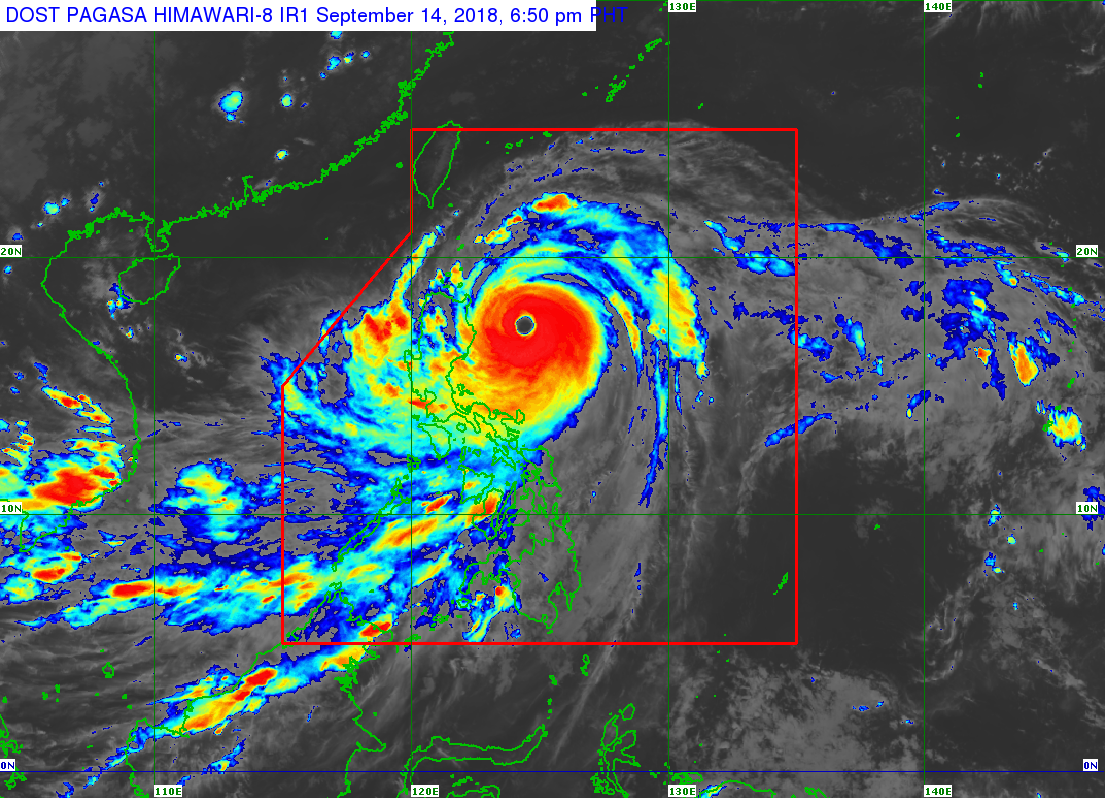 TUGUEGARAO, Philippines — Typhoon “Ompong” (international name: Mangkhut) retained its ferocious strength and shifted slightly toward more densely populated coastal provinces on Friday as it barreled closer to the northeastern Philippines, where a massive evacuation was underway.

More than 5 million people are at risk from the storm, which the Hawaii-based Joint Typhoon Warning Center categorizes as a super typhoon with powerful winds and gusts equivalent to a category 5 Atlantic hurricane.

It was initially expected to hit the northern tip of Cagayan province early Saturday, but it is now likely to make landfall farther south and closer to Isabela province, and then cut across the northern breadbasket, Philippine state forecaster Chris Perez said. The change isn’t likely to markedly change its impact because of the typhoon’s massive size, he said.

In Cagayan’s capital city of Tuguegarao, residents braced for the typhoon’s fury by reinforcing homes and buildings and stocking up on food. 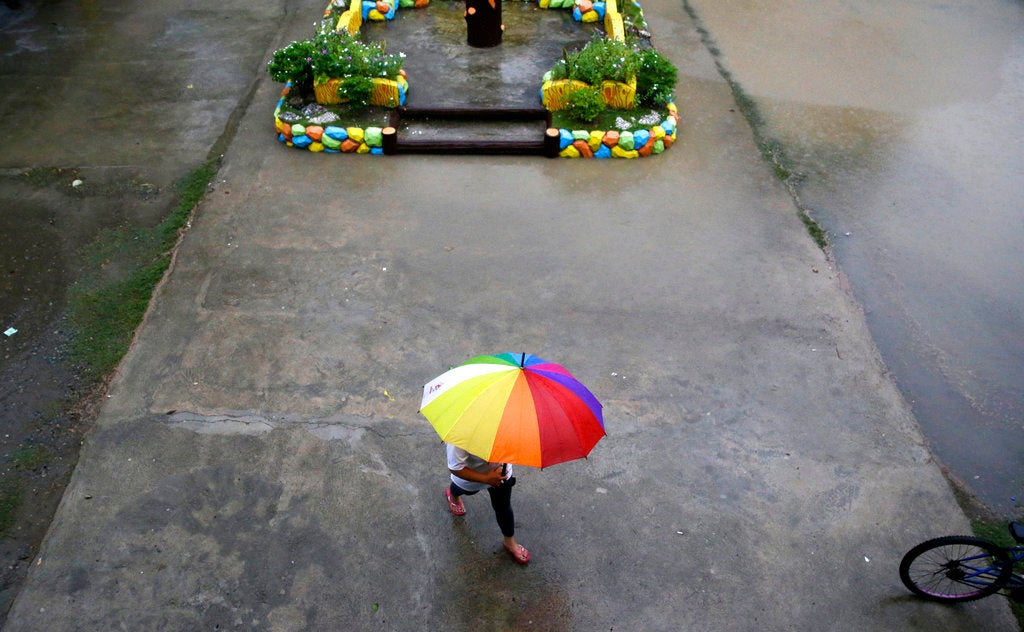 “It was busy earlier in the hardware store and people were buying wood, nails, tin wire, plywood and umbrellas,” said Benjamin Banez, who owns a three-story hotel where workers were busy hammering up wooden boards to protect glass panels.

A super typhoon wrought heavy damage to Banez’s hotel and the rest of Cagayan in 2016. “We’re praying that there will be less damage this time, although we know that this one will be very strong,” Banez said.

A huge raincloud band 900 kilometers (560 miles) wide, combined with seasonal monsoon rains, means the typhoon will bring heavy to intense rain that could set off landslides and flash floods. Storm warnings have been raised in almost all the provinces across the main northern island of Luzon, including the capital, Manila, restricting sea and air travel.

The typhoon is approaching at the start of the rice and corn harvesting season in Cagayan, a major agricultural producer, and farmers were scrambling to save what they could of their crops, Cagayan Gov. Manuel Mamba said. The threat to agriculture comes as the Philippines tries to cope with rice shortages.

Ompong was tracked at mid-afternoon on Friday about 470 kilometers (290 miles) away in the Pacific with sustained winds of 205 kilometers (127 miles) per hour and gusts of up to 255 kph (158 mph), forecasters said.

After the Philippines, the Hong Kong Observatory predicts Ompong will plow into the Chinese mainland early Monday south of Hong Kong and north of the island province of Hainan. Though it is likely to weaken from a super typhoon to a severe typhoon, it will still be packing sustained winds of 175 kph (109 mph), it said.

The observatory warned of rough seas and frequent heavy squalls, urging residents of the densely populated financial hub to “take suitable precautions and pay close attention to the latest information” on the storm.

The gambling enclave of Macau, near Hong Kong, suffered catastrophic flooding during Typhoon Hato last August that left 10 dead and led to accusations of corruption and incompetence at its meteorological office.

On the Chinese mainland, the three southern provinces of Guangdong, Guangxi and Hainan are coordinating preparations, including suspending transport and moving people to shelter inland, the national meteorological agency reported.

Guangdong, China’s manufacturing hub, has set up 3,777 shelters, while more than 100,000 residents and tourists have been moved to safety or sent home. The province has recalled more than 36,000 fishing boats to port, while train services between the cities of Zhanjiang and Maoming have been suspended and all ferry services between Guangdong and Hainan have been put on hold. Fujian province to the north of Guangdong is also closing beaches and tourist sites, the agency reported.

Philippine Office of Civil Defense chief Ricardo Jalad told an emergency meeting led by President Rodrigo Duterte that more than 5 million people in Cagayan, Isabela and outlying provinces are vulnerable to the most destructive effects near the typhoon’s 125-kilometer (77-mile) -wide eye. Nearly 48,000 houses in those high-risk areas are made of light materials.

Duterte asked Cabinet officials from the north to help oversee disaster-response work if needed, and told reporters it was too early to consider seeking foreign aid.

“It would depend on the severity of the crisis,” Duterte said. “If it flattens everything, maybe we need to have some help.”

Officials said other northern provinces had started evacuating residents from high-risk areas, including in northern mountain provinces prone to landslides.

Ompong, the Thai word for mangosteen fruit, is the 15th storm this year to batter the Philippines, which is hit by about 20 a year and is considered one of the world’s most disaster-prone countries. Typhoon Haiyan left more than 7,300 people dead or missing and displaced over 5 million in the central Philippines in 2013./ac