Man arrested for eating breakfast with woman in Saudi Arabia 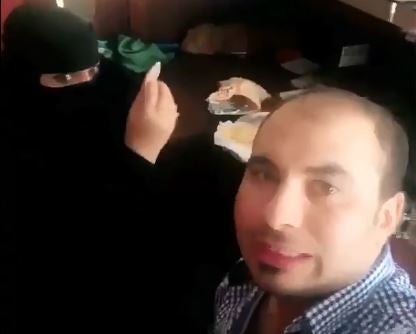 One man was arrested recently after a video of him eating breakfast with a woman made the rounds on Twitter. The man, who is Egyptian, can be seen sitting right next to a niqab-clad woman as they ate together in one desk.

In the video, the man can be seen smiling while the woman waves at the camera. The two laugh and joke, with the woman feeding the man a piece of snack in the end of the video.

The man has since been arrested by the Saudi Ministry of Labor and Social Development, as per the BBC on Sept. 10. It was reported that he was accused of “committing several violations and taking up a post exclusively reserved for Saudis.” Officials have also tagged the video as “offensive.”

As per Saudi Arabia law, when it comes to workplaces and public restaurants, single men are not allowed to sit with women and must sit in different areas. Families, too, are segregated. Women, meanwhile, are not allowed to perform many activities without being accompanied by male guardians, such as a father or husband.

The arrest comes months after women’s rights in Saudi Arabia saw itself steadily inching towards progress. Last June, the driving ban for Saudi Arabia women was overturned, a reform considered historic as it expects thousands of female drivers to take the wheel.

Saudi Arabia also welcomed women for the first time in sports stadiums this 2018, another historic feat that saw the once male-only venues open up to accommodate women and families alike. Cody Cepeda/JB

Saudi Arabia to allow women into sports stadiums by 2018