newsinfo / Nation
Nation
‘IT’S NOTHING NEW TO ME’ 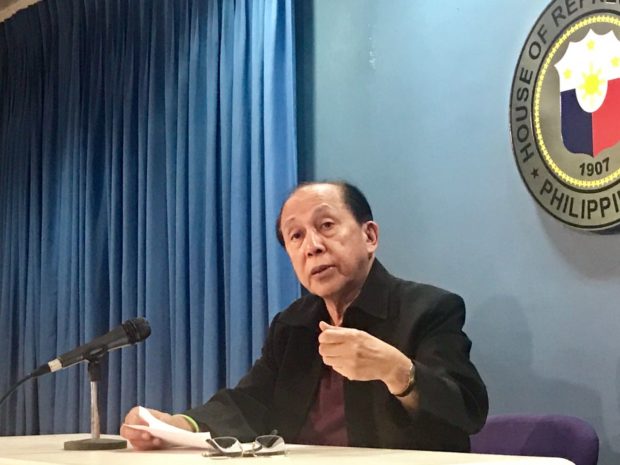 The bid of ousted Speaker Pantaleon Alvarez’s group to elevate the minority row to the Supreme Court (SC) was well within their right, House Minority Leader Danilo Suarez said Wednesday.

“I have my lawyer to answer that, but that’s their right,” he said in a press briefing. “It’s nothing new to me.”

The group of Alvarez and former House Majority Leader Rodolfo Fariñas had filed a petition asking the SC to intervene in the House minority leadership squabble.

Ako Bicol Rep. Alfredo Garbin, Jr., a member of the Suarez-led minority bloc, said the growing number of their group–now 45–is a “clear manifestation” that Suarez is the duly-recognized Minority Leader.

“This alone can dispute all the allegations in the SC,” he added.

Garbin also expressed doubts that the SC would “arrogate upon themselves the power of the plenary.”

“I think the Supreme Court will not arrogate upon themselves the power of the plenary… Malabo yata ‘yun na ang will ng plenary ay isasantabi ng Korte Suprema,” he added.

“The House leadership will continue with the business of the day under the present organizational set-up. We have a full docket of bills to be passed. We will commence plenary debates on the 2019 budget next week,” he said.

The chamber sealed Suarez’s hold on the minority leadership last August 7, in a swift vote, which was questioned by Fariñas’ group, as well as the group led by Marikina Rep. Romero Quimbo.  /kga

Read Next
Palace urges public to prepare, remain alert for ‘Ompong’
EDITORS' PICK
‘NCR Plus’ to be under MECQ starting April 12 until April 30 — Palace
Pru Life UK receives four golden arrows for solid corporate governance
Pre-order the new vivo Y20s [G] to get a free TWS earphone
Malls adjust ‘NCR Plus’ operating hours for April 12-30 MECQ
Speed up your game with the new vivo Y20s [G]
Metro Manila to have shortened curfew hours from 8 p.m. to 5 a.m. under MECQ
MOST READ
Stop ‘creeping occupation’ of ‘militia’ boats in WPS, Pacquiao asks China
Bea Alonzo clarifies status of her relationship with Dominic Roque
Convicted former aide of Sen. Bong Revilla dies — BuCor
Locsin to China: ‘Then move out’
Don't miss out on the latest news and information.