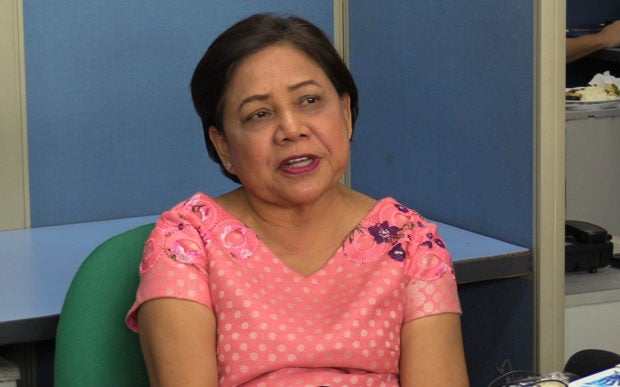 Senator Cynthia Villar was suddenly on the defensive after Agriculture Secretary Emmanuel Piñol lamented the lack of water – not land – impedes the growth of the agriculture sector.

The senator, who leads the Senate committee on Agriculture and Food, seemed to have misheard the agriculture secretary as blaming the land issue for the slow productivity of the industry.

“We need three elements to produce food. Sunlight, water, land. We need water,” Piñol said on Monday during the Senate hearing on the agency’s budget for 2019.

Piñol was cut off by Villar, who then went on saying that there are a lot of unutilized lands in the country especially in Visayas and Mindanao, and added that land developers should not be blamed for the industry’s slow growth.

“Those who convert [idle] lands to commercial, residential and industrial uses are in cities and capital towns. Why are they getting the ire when there are a lot of rural areas that are not being utilized? If we don’t have houses or factories what would happen to us?” Villar said in Filipino.

The Villar family is known to be one of the largest land developers in the country. It has developed malls, low-cost properties and even memorial lots under Vista Land & Lifescapes Inc. and Golden Bria Holdings Inc.

“Let’s not make this a reason why we cannot achieve our target,” she added. “Let’s not give reasons that are irrelevant.”

Villar noted that the DA should not insist on irrigation, adding that there are already about 1.7 million hectares of irrigated lands across the country. She said the Philippines cannot compete with the irrigation available in Vietnam, since the latter has Mekong river to depend on.

Instead, Villar said the agency should focus on providing mechanization and good seeds to local producers. /je