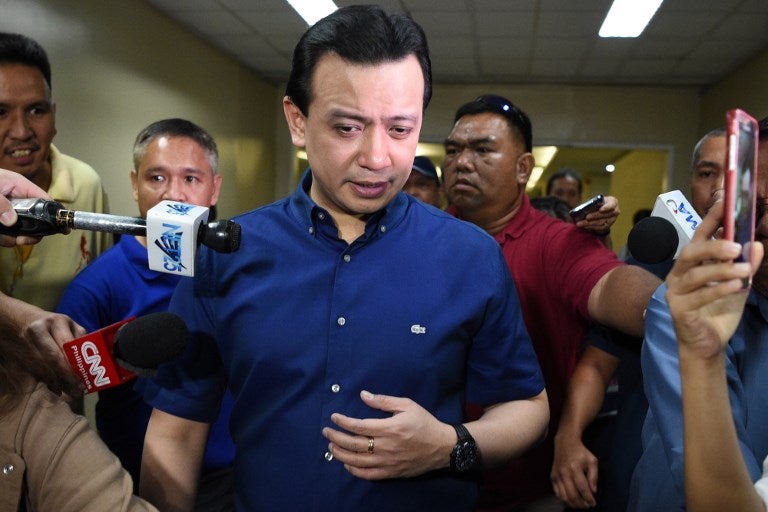 Senator Antonio Trillanes (C) is interviewed by members of the media after a meeting with supporters at the Senate in Manila on September 7, 2018. AFP PHOTO / TED ALJIBE

Senator Antonio Trillanes IV on Saturday denied the ouster plot he allegedly was planning with some local and foreign communist groups against President Rodrigo Duterte.

Duterte in a speech in Davao earlier accused Trillanes, the Liberal Party and communist groups including the Communist Party of the Philippines to be plotting his ouster.

(That’s not true. This just shows how much of a liar Duterte is. Who ordered the release of the NPA commanders, wasn’t it Duterte?)

Trillanes dared Duterte to name the country from which he said the alleged foreign communist group is based.