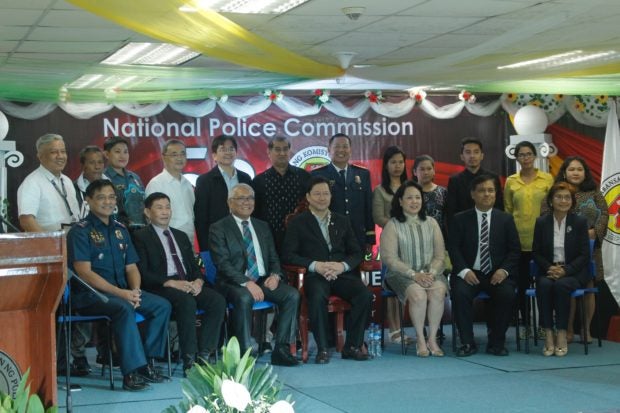 The eight awardees were given plaques of commendation and cash awards for defending their post from attacks by more than 200 armed men, allegedly from the New People’s Army.

Three other officers who were killed in line of duty were also posthumously awarded. Former Deputy Chief of Cainta Police Station Sr. Insp Jimmy Senonin was cited for leading an operation against a criminal group in Westbank Road, Barangay San Andres on February 18, 2018.

On the other hand, P03 Joseph Tupue and PO2 Eva Torcelino of the Viga Police Station in Catanduanes were awarded for rescuing fellow police officers who were ambushed by the NPA on August 10, 2017.

“The act of bravery of these police officers displayed the extraordinary courage and professionalism in a circumstance of peril and exemplary performance beyond the call of duty is worthy of emulation among their fellow officers in the police service and uplifts the image of the PNP,” Napolcom Vice-Chairman Atty. Rogelio Casurao said.