10 things drivers should know in the Metro 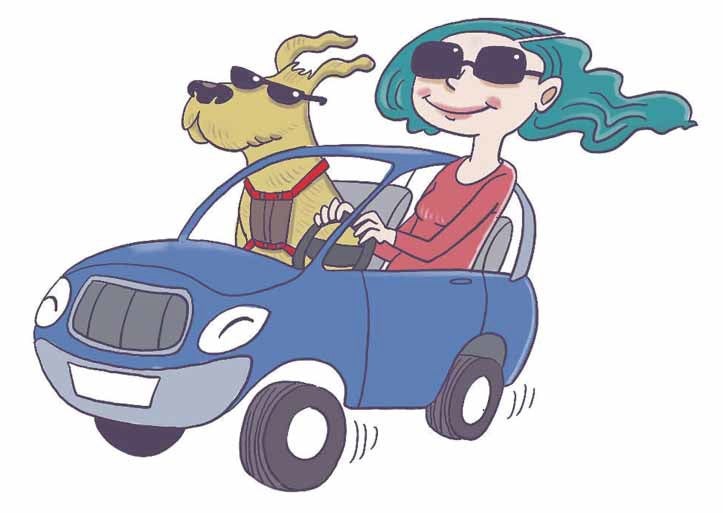 Driving in Metro Manila’s major thoroughfares is no mean feat.

Aside from dealing with unruly drivers counterflowing and beating the red light, there’s also the horrendous traffic jam especially during rush hour.

It thus pays to know your rights in case you find yourself in a tight spot or get flagged down.

Here are some of the things you need to know before buckling up and hitting the road.

1Before apprehending a traffic offender, a traffic enforcer should flag down the vehicle and lead it to the roadside where it will not obstruct the flow of traffic.

Traffic enforcers should clearly and courteously inform the driver of his or her violation. The driver is allowed to ask for the written mission order issued to the enforcer by the MMDA Central Administration. The document should indicate the enforcer’s area of responsibility, time of duty, official function, and whether or not the enforcer is authorized to issue tickets.

Keep in mind that an officer cannot apprehend drivers or issue tickets if they cannot show their official mission order.

2MMDA traffic enforcers are not allowed to act as a group when apprehending a motorist.

They are not allowed to stand together in pairs or larger groups, except during special operations (like the apprehension of several smoke-belching or colorum vehicles). Only the officer who apprehended the driver should be standing next to the vehicle.

3 Traffic enforcers are not allowed to ask drivers to alight from their vehicles in the process of issuing a ticket.

5A driver’s license can only be confiscated by a traffic enforcer under certain conditions. That’s if the driver was involved in a traffic accident; the driver has accumulated three or more unsettled violations; and the driver has been apprehended for violations that include allowing another person to use his license, operating a colorum vehicle, driving against traffic, using a fake driver’s license, and speeding, among others.

If the driver’s license is to be confiscated, the traffic enforcer should inform the driver of the reasons for confiscation and ticket validity.

If the driver refuses to surrender his license, his vehicle plate may be detached pursuant to existing rules.

6Swerving, defined as “movement wherein vehicles shift from one lane to another,” is not a violation per se. Motorists will be apprehended if they are caught swerving recklessly without precaution or when they disregard traffic signs that explicitly prohibit swerving.

7 Violation tickets should be settled at designated payment centers or at the MMDA office. Traffic enforcers are not allowed to ask for or receive bribes.

8During traffic apprehensions, the following can be considered as a valid driver’s license: an ID plastic card; temporary driver’s license; international driver’s license; and foreign license. The traffic enforcer should exercise extra diligence in checking the veracity of the data or documents presented.

9Drivers of private vehicles are not allowed to use the yellow lane except when they are about to make a turn—provided that they start shifting lanes upon seeing the transition lane (broken white lines painted diagonally), that can be seen about 50 meters away from an intersection. However, selective apprehension of private vehicles using the yellow lane is prohibited.

10
Important numbers to remember: MMDA Hotline 136 and Viber: 0939-9227161.
Motorists can send complaints to the MMDA Facebook or Twitter page. 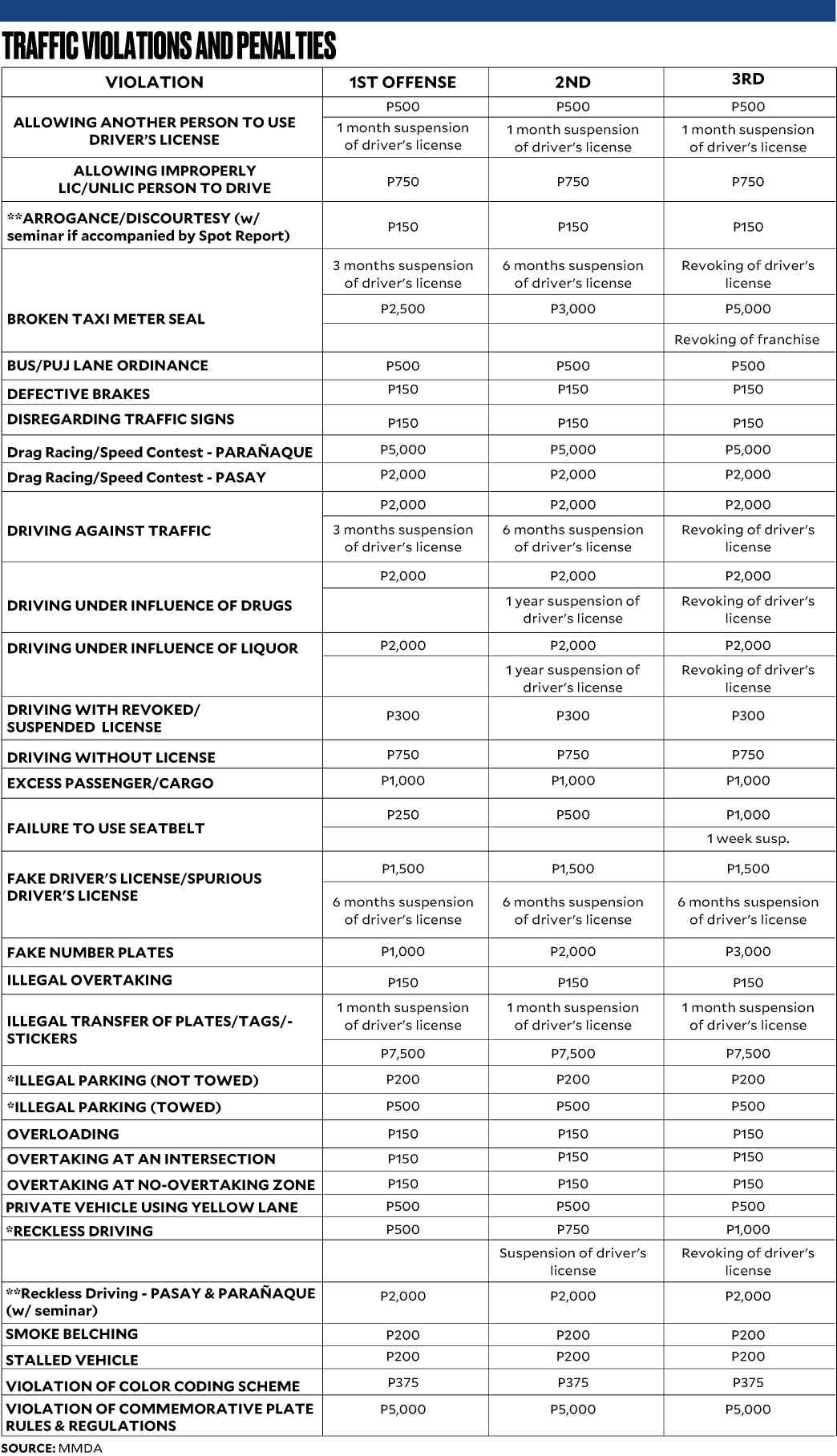