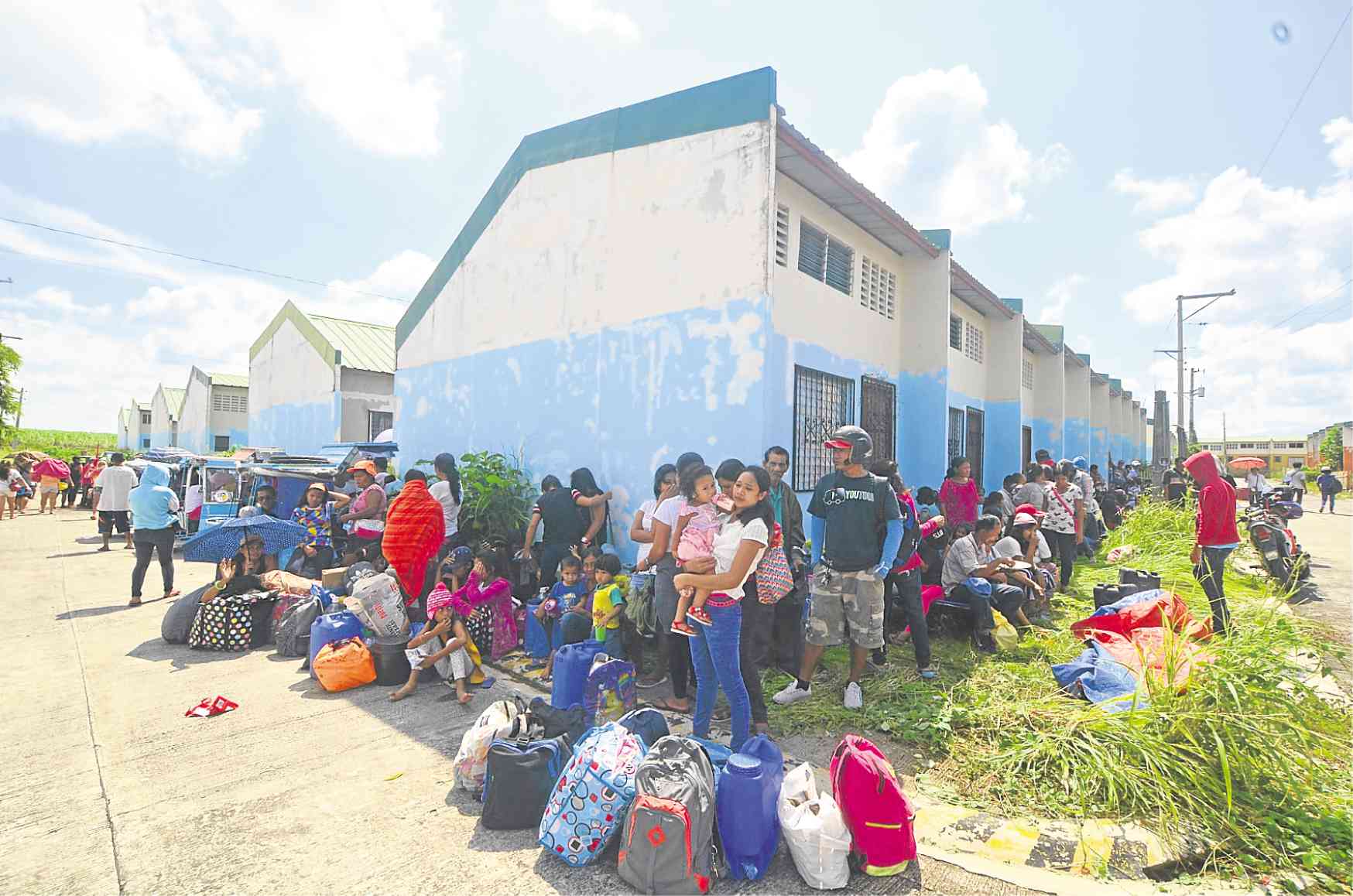 SHELTER NEED Homeless residents camp out at a government housing site in Bacolod City to ask officials to act on their appeal for shelter. —ANDY ALVAREZ

BACOLOD CITY—About 1,500 homeless residents on Thursday camped out at a government housing project site at Barangay Felisa here to demand that they be awarded the unoccupied houses in the area.

The families, along with their children and their belongings, occupied sidewalks in front of the houses at the site, saying they would not leave until they get a satisfactory reply from authorities.

Berlita Ante, secretary general of Kalipunan ng Damayang Mahihirap (Kadamay) in Negros, said the unoccupied houses should be awarded to the homeless as stated in a congressional resolution authorizing the National Housing Authority (NHA) to award the units that were intended for but not yet occupied by soldiers, policemen, firemen and jail personnel.

According to her, President Rodrigo Duterte had said that unoccupied houses should be awarded to qualified beneficiaries, but that the NHA had given them the runaround and had not answered their appeal.

“There are so many homeless people and there are houses built by the NHA in Felisa that have not been occupied for a long time,” Ante said.

Bacolod NHA project manager, Alejandro Ongsuco, said they had been addressing the request of Kadamay and that the Philippine National Police had agreed to join a dialogue with the group’s representatives on September 7.

Ante said the homeless people would not enter the houses until the dialogue but would not leave the area to ensure that the talks would happen.

The P360-million housing project started in 2012 and was completed in 2015 by the developer, Eco Strong Builders, Ongsuco said.

All 1,498 houses have been awarded to the beneficiaries, and eight have been occupied, he said.

A reason for the delay in occupancy of the 22-square-meter houses was that the intended beneficiaries had complained that these were too small, he said, adding that the Duterte administration had agreed that two units would be awarded to each beneficiary.