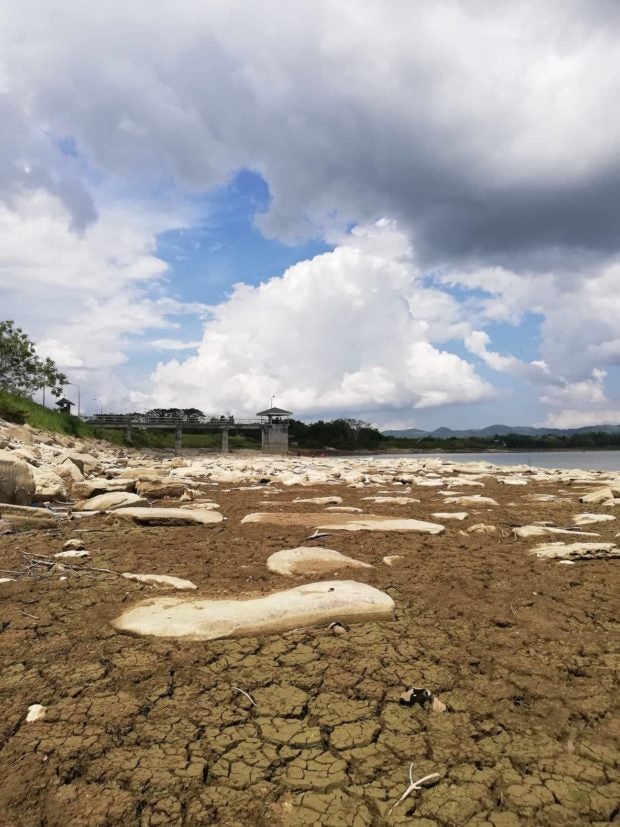 The Malinao Dam in Pilar town, Bohol, that supply water to rice farms is nearly run out of water. Leo Udtohan/Inquirer Visayas

Perocho, 60, was worried that the lack of rainwater would eventually kill his palay seedlings that had started to turn yellow.

While it had rained in Pilar town, he added, it was too short for the water to seep through the soil.

“If walay uwan masunog na ni padung (If there is no rain, our crop will be wasted,” he said.

Perocho said palay seedlings had started to turn yellowish and their fields had dried up due to lack of water.

If it does not rain, Perocho said he would not have a good harvest by October. Last year, his small farm yielded 80 sacks of rice.

Farmers have been complaining of lack of rain that has affected at least 6,000 hectares of rice fields in Bohol, considered the rice bowl of Central Visayas. 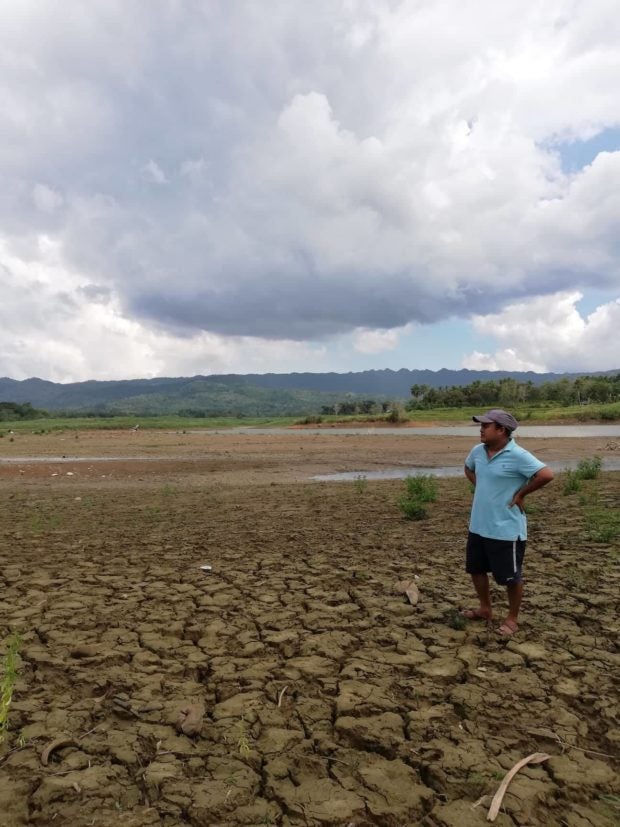 Rice paddies in Bohol dry up because of the drought that moderate rain falls were not enough to sustain the plants. Cloud seeding is urgently needed in order to save the areas planted with rice corn and high-value crops from damage. Leo Udtohan/Inquirer Visayas

“Although this August we experienced scattered rainfall, it was still below normal. It is still far short of the needs of the farmers to soak their paddocks and give them the confidence they’ll have a good harvest,” said acting provincial agriculturist Larry Pamugas.

“The water levels of the dams are near critical level,” he said.

Pamugas said the farmlands were not the only ones affected by the lack of rainfall.

The livestock, poultry, and in-land fishery businesses were also affected.

A forest fire was also reported in Candijay town. 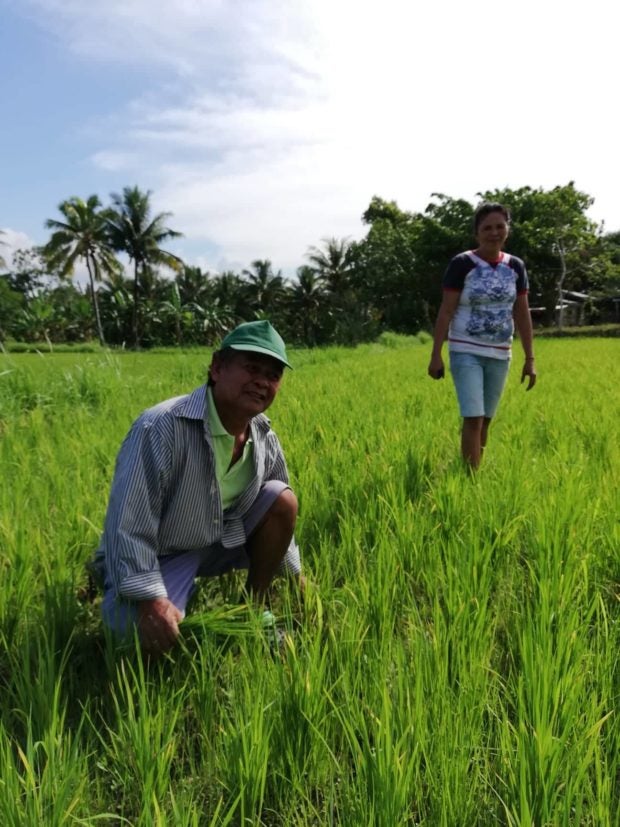 Zosimo Perocho with his daughter Miguela check his palay which had turned yellowish after his his fields had dried up due to lack of water in Pilar town, Bohol. Leo Udtohan/Inquirer Visayas

Pamugas said cloud seeding could still save the crops especially those in the vegetative stage.

When the province experienced drought in 2016, he said they had to resort to cloud seeding to bring relief to drought-stricken areas and reduce crop damage.

The Office of the Provincial Agriculturist (OPA) had requested P2.5 million for 42-hour cloud seeding operations.

He said the request to produce artificial rain was awaiting approval.

Once approved, the OPA will coordinate with the Bureau of Soils and Water Management for the cloud seeding.

Cloud seeding will need 700 bags of vacuum-dried fine salt to be carried by aircraft which will disperse salt to the clouds over watersheds and other farm areas in Bohol. 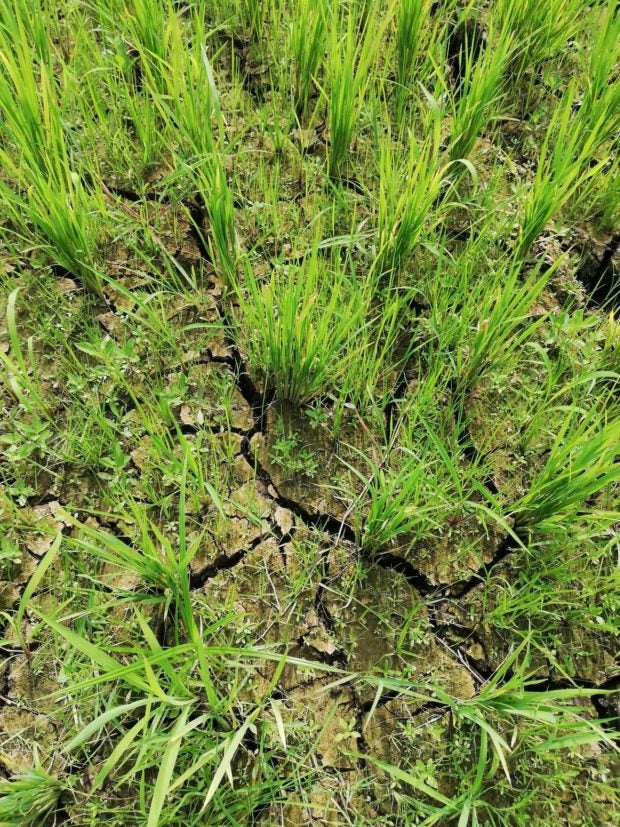 Rice paddies in Bohol dry up because of the drought that moderate rain falls were not enough to sustain the plants. Cloud seeding is urgently needed in order to save the areas planted with rice corn and high-value crops from damage. Leo Udtohan/Inquirer Visayas

Many farms in Bohol are dependent on rain.

Of at least 47,000 hectares of ricefields in Bohol, 24,000 are irrigated through dams, small water catchments, and diversionary canals. The rest, 23,000 hectares, rely on rain.

Pamugas said he has asked municipal agriculturists in Bohol to submit reports of damage from drought in their areas.

So far, at least six towns have reported that their rice fields had dried up, said Pamugas. These are Pilar, Sierra Bullones, Talibon, Ubay, Mabini, and Candijay.

Pamugas raised the alarm on the dry spell as early as February and ordered local disaster councils to prepare for its effects on food security, public health, and water and power supply./lb