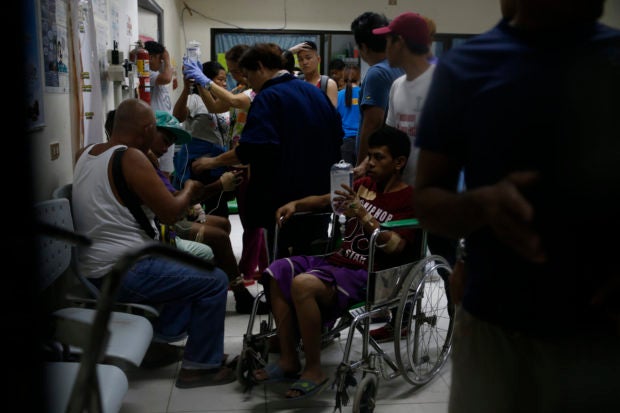 ISULAN, SULTAN KUDARAT – The Islamic State-linked faction of the Bangsamoro Islamic Freedom Fighters (BIFF) here denied any involvement in the attack that killed two people and injured 37 others along the national highway of Isulan here, even as the provincial government offered a P1 million bounty for the suspects.

Abu Misry Mama, speaking for the IS-linked BIFF, said his group was not involved in the attack.

“We have nothing to do with it, we don’t attack civilians,” Mama said in a phone interview.

Sultan Kudarat Gov. Pax Mangudadatu has offered a P1-million bounty for anyone who can provide information that would result to the arrest of the suspects on Tuesdaynight’s bombing here that claimed the lives of a 7-year-old girl and a 52-year-old woman.

Mangudadatu immediately flew in from Manila and proceeded directly to the Sultan Kudarat provincial hospital where most of the injured victims were confined.

“I will give P1 million to anyone who can bring me the suspect, dead or alive,” the visibly irate Mangudadatu told reporters.

He also offered to provide financial aid to the blast victims. He said the provincial government would shoulder the expenses of patients who needed further treatment in Davao or General Santos City.

Two persons were confirmed dead in the 8:30 p.m. blast along the national highway here, particularly beside the row of used-clothing stalls in Barangay Kalawag 3.

At least 37 persons were rushed to the hospital, including Welmark Jhon F. Lapidez, 25, who was listed in “critical condition” due to shrapnel injuries on his head.