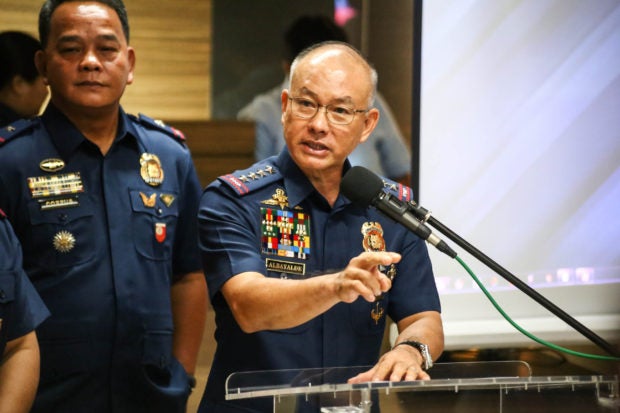 Philippine National Police (PNP) Chief Director General Oscar Albayalde admitted on Wednesday that there is a need to improve the intelligence gathering after the bombing in Isulan, Sultan Kudarat.

“We have to, probably, improve our intelligence gathering, your honor, because this is the only way that we can preempt these incidents from happening,” Albayalde said on Tuesday, during the House Committee on Appropriations’ hearing on the budget of the Department of Interior and Local Government.

However, Albayalde refrained from putting the blame solely on intelligence officers, when he was asked by Bayan Muna Representative Carlos Zarate if the Sultan Kudarat incident was a failure in intelligence gathering.

“Well it’s not necessarily failure, your honor.  It’s because sometimes even if we have these effort on intelligence gathering, talagang kung minsan nakakalusot (sometimes there are still some info that gets overlooked), we have several incidents of IED explosions in several parts of Mindanao already,” he claimed.

According to Albayalde, who left the budget hearing earlier to catch a plane to Sultan Kudarat, reports from the Police Regional Office-12 said that two were killed in the blast while 36 others were wounded, and one is in critical condition. /je