‘Alter’ worlds: In Asia-Pacific, spread of HIV fastest in PH 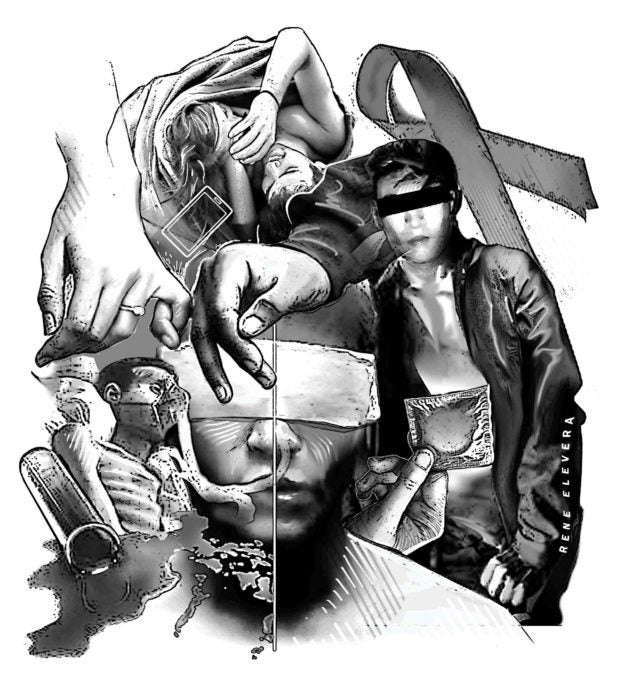 “John” had his first taste of sex at 16. Nine years on, his need to connect with another person has evolved into a routine where he can have as many as 10 partners a month.

Previously, John hooked up with other men around his age through dating apps and the occasional visit to the bar. But in the last nine months, his “market” expanded via an “alter” (alternate) social media account, where he got acquainted and shared his most intimate experiences with like-minded individuals.

He is aware of the dangers of his escapades, John told the Inquirer. That is why he makes it a point to always use a condom whenever he has sex. As an added precaution, he finds time to have himself tested every four months for possible HIV (human immunodeficiency virus) infection.

But John admitted to engaging in unprotected sex in the past—a habit not unique to him. Both health officials and HIV advocates have observed that this “risky behavior” remains an issue in the Philippines, making it one of only two countries in the Asia-Pacific with an increasing trend of new HIV infections.

A recent report by the Joint UN Program on HIV and AIDS (UNAIDS) found that between 2010 and 2017, the HIV epidemic in the region expanded the fastest in the Philippines.

While new HIV infections among those aged 15-24 grew by only 29 percent in Pakistan, the Philippines recorded a whopping increase of 170 percent.

In June, the Department of Health (DOH) recorded another year-on-year increase of people infected with HIV, at 5,673. In the same period last year, there were 5,399 persons infected; in 2016, the number was 4,632. Since 2009, the average number of Filipinos diagnosed with HIV rose from 2 to 31 a day.

The UN report, issued when the world is seeing a downtrend in new HIV infections, puts the Philippines as one of the countries with the highest rate of new infections, according to UNAIDS Philippines director Louie Ocampo.

There are many factors that led to the increase, but one of the main causes is the “very low condom use” in the country, Ocampo said. He noted that based on UNAIDS studies, condom use during the last six months was only at 40 percent for men having sex with men.

Was it because of the lack of access to condoms? Not necessarily, Ocampo said, adding that prevailing attitudes toward condom use also played a key role.

“They’re not comfortable using condoms. That’s why they don’t use it,” he said.

He said that was why it was important for people like himself—with a social media following of more than 14,500 users—“to promote safe sex in our videos, to encourage others to do the same.” He added that those in a relationship should also be faithful to their partners to decrease the chances of HIV infection.

To understand the alter world that John and countless others have created for themselves, one only has to look at the fictional characters Dr. Jekyll and Mr. Hyde—setting aside, of course, the killings and the evil persona.

Like many alter users, John is a 25-year-old professional from Mandaluyong City who created his account in order to show a side of himself without fear of being judged by the people who know him. In its own way, the alter world helps boost its users’ “self-confidence,” he said.

But should the alter world’s existence be blamed for the surge in HIV infections? Ocampo doesn’t believe so.

“If those people accessing social media are consistently and correctly using a condom every time they have sex, the probability of transmission is still very low. It’s not who you are, it’s what you do,” he said.

Given the rise in HIV infections, there’s a need to “rebrand” the condom as a device intended to combat the disease, Ocampo said. This is to remove the “negative connotation” associated with it that is often opposed by religious groups in predominantly Roman Catholic Philippines.

The Catholic Bishops’ Conference of the Philippines (CBCP) has long opposed any effort to distribute condoms to the public, stressing that it would promote promiscuity and immorality and ultimately fail to prevent the spread of the disease. Instead, it advocates such moral solutions as abstinence, being faithful to one’s partner, and valuing “sex as a gift of God in marriage.”

The CBCP’s stand ignores scientific data from UNAIDS that say “condoms effectively prevent” the spread of sexually transmitted diseases, such as HIV, chlamydia and gonorrhea.

“Optimal condom programming is a key part of the ambitious global targets to provide access to comprehensive prevention services to 90 percent of people at risk of HIV infection, and to reduce new HIV infections to fewer than 500,000 globally,” the UNAIDS said.

Health Undersecretary Enrique Domingo noted that while the Church has “no direct interference” in the programs of the DOH, its position somehow hurts the DOH’s efforts to reduce the number of HIV infections, which since January 1984 has amounted to close to 53,000.

“It adds to the difficulty for people to come out and have themselves tested because of the fear of being seen as a sinner, as somebody who does bad things,” Domingo said.

He noted that apart from stamping out the stigma against HIV testing, there should also be a mindset change, especially on risky sexual behavior, such as unprotected sex, to prevent the further spread of infection.

Though her suggestion may seem controversial, Miss Universe Philippines 2018 Catriona Gray said it was high time schools became more aggressive in teaching sex education, given the increasing trend of HIV infection among the youth. Gray, an HIV advocate, said critics should understand that sex education was simply about teaching students to take better care of their health.

“It’s like teaching them about what they should eat, how to look after themselves. It’s just about loving and looking after yourself. We need to start viewing it like that because obviously, the way we’re viewing it right now is not helping our people,” she said.