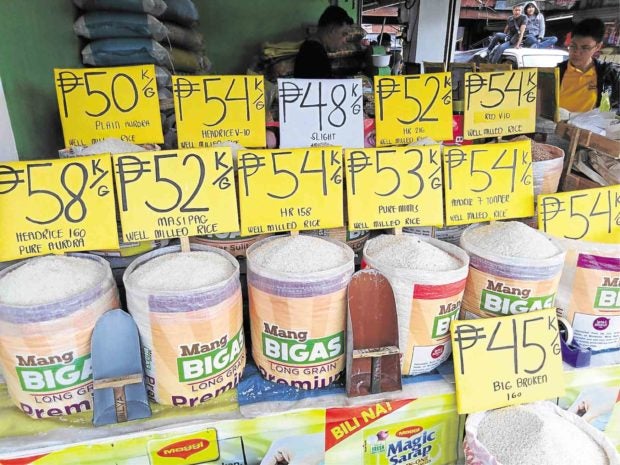 COMPARISON Tags at a rice stall at Agora Public Market in Pagadian City show the range of prices, which all exceed P40 per kilogram.

PAGADIAN CITY—Grain retailers here are promoting corn as a substitute, as rice prices shot up by up to P4 per kilogram as a result of a shortage in Zamboanga City, which a top agriculture official on Saturday said has been solved.

On Saturday, Agriculture Secretary Emmanuel Piñol announced that the rice crisis in Zamboanga City was over.

He said Zamboanga now had enough rice stocks good for 13 days and traders from Zamboanga Sibugay and North Cotabato were supplementing the supply of commercial rice to be sold at markets in Zamboanga City.

Elmer Recapinte, president of the Zamboanga del Sur chapter of the Grain Retailers Confederation of the Philippines, said Pagadian City might still have sufficient supply of rice, but the current rice crisis led to “slight” increases in prices because some suppliers came from Manila, Cotabato and Cagayan de Oro City.

Recapinte said grain retailers had been encouraging customers to switch to corn, which Zamboanga del Sur had enough of, and which cost only P30 to P36 per kg, much lower than prices of rice.

He also attributed high prices of rice to transportation costs, which retailers had passed on to customers.

He said, however, that retailers kept price increases “minimal to ensure their customers could still afford” to buy.

He said the rice producing town of Aurora in Zamboanga del Sur had sent most of its stocks to Zamboanga City, which was suffering from a rice shortage, forcing people who used to consume it to buy rice in other provinces. 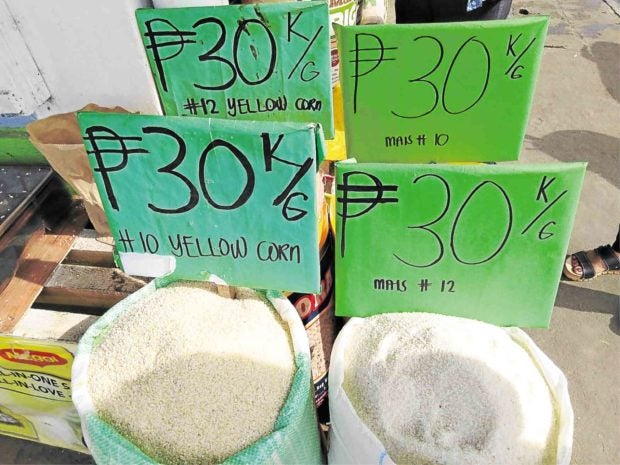 Prices of corn were more than P10 per kg lower than those of rice. —LEAH AGONOY

Recapinte said most consumers, who preferred corn to rice, were “health-conscious.”

Even beneficiaries of the government’s poverty alleviation program, or 4Ps, would prefer rice to corn, according to Ramil Untod, a rice stall assistant.

As the supply of rice dwindled in Zamboanga City, consumers here began to fear some millers would take advantage and hoard their stocks.

Annie Tenorio, Pagadian City agriculturist, gave an assurance, however, that the city has been closely monitoring prices since Monday.

She said prices of well-milled rice reached as high as P58 per kg only.

Mayor Romeo Pulmones called for a meeting with the Local Price Coordinating Council to come up with measures to ensure that Pagadian City would have sufficient supply of rice.

Rice prices elsewhere continued to rise despite the importation of hundreds of thousands of tons of rice by the national government.

The distribution of imported rice, however, was likely to be delayed after weevils were discovered contaminating a shipment from Thailand brought into the country by the National Food Authority. —LEAH AGONOY WITH A REPORT FROM JULIE ALIPALA