The court order that allowed former Autonomous Region in Muslim Mindanao (ARMM) Zaldy Ampatuan to attend his eldest daughter’s wedding was an “indiscriminate assault of the Ampatuans to the dignity and memory” of those killed from the Maguindanao massacre, a lawmaker lamented on Friday.

In a statement, Maguindanao 2nd District Rep. Zajid “Dong” Mangudadatu said his family expressed their “deep pain and discomfort” over the furlough granted by a Quezon City regional trial court to Ampatuan.

He recounted that nine years ago, 58 persons have been killed with impunity by the Ampatuan clan, with their families “suffering the insufferable.” Six of the 58 killed were members of the Mangudadatu clan. 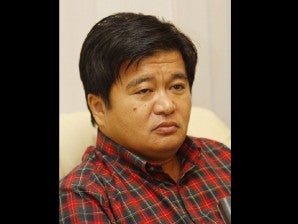 “Nine years until today, we are still enduring the indiscriminate assault of the Ampatuans to the dignity and memory of our dead families with the unabashed attitude of Zaldy Ampatuan, out from prison last Tuesday to party at his daughter’s wedding,” Mangudadatu added.

Ampatuan was one of the principal accused in the 2009 Maguindanao massacre, where 58 people, 32 of whom were journalists, were slaughtered.

On Nov. 23, 2009, the 58 were on their way to the filing of the certificate of candidacy (CoC) of then Buluan Vice Mayor Esmael “Toto” Mangudadatu.

Esmael challenged Andal Ampatuan, Jr., a member of the powerful Ampatuan clan, for the position of governor in the 2010 elections.

Mangudadatu condemned how they have struggled every day “to live off the pain” of losing their loved ones.

“We refuse to live off the image of one of the perpetrators out in public witnessing his daughter’s wedding, while our dead sisters, brothers, mothers, fathers will never be able to attend a wedding of their loved ones themselves,” he added.

While they respect that the court has the discretion to grant such, the lawmaker said they decry the decision, as they also appeal for “careful evaluations of future furlough applications from any of the perpetrators.”

“While we believe that humanitarian reasons matter, we also believe that the nature of charges does matter as well in considering a grant of leave,” he added, as he vowed that they would file objections to any further requests from the accused.

“The Ampatuans have taken so much from the families of the 58 victims, we will not let them keep taking from us every time they are out from prison,” Mangudadatu underscored.

Out of the 197 accused in the Ampatuan massacre, 103 are undergoing trial for multiple murders, including prime suspect Andal Ampatuan, Jr., Zaldy’s brother.

Zaldy and another brother Datu Sajid Islam Ampatuan are also facing multiple murder charges, but the latter was allowed to post bail by the court in January 2015.

There are still no convictions made in what was considered the worst case of election-related violence and the single deadliest attack against the media in the Philippines.