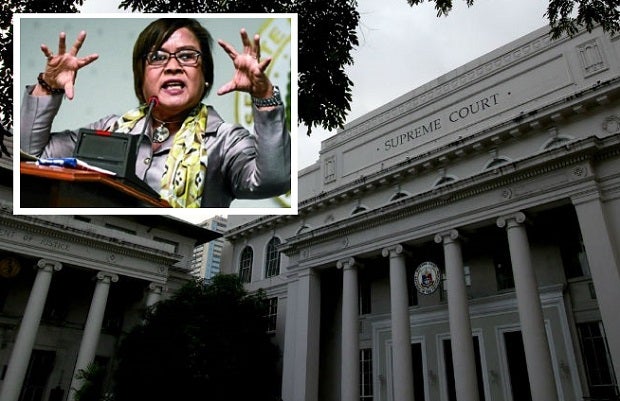 The Supreme Court denied an appeal filed by Senator Leila De Lima asking that she be allowed to participate in the Aug. 28 oral argument on the validity of the government’s withdrawal of membership from the Rome Statute of the International Criminal Court (ICC).

In its resolution made public Friday, the high court affirmed its Aug. 7, 2018 ruling stating that the detained senator could not be allowed to attend the oral argument and represent herself because she is facing a non-bailable drug charges.

Although she still enjoys the presumption of innocence because her case, wherein is she is accused of violating the Comprehensive Dangerous Drugs Act of 2002, is currently being heard in court, the high court said “the fact of their detention makes their rights more limited than those of the public.”

In her appeal, De Lima said she was not asking to be freed on bail but a mere travel from the Philippine National Police (PNP) Custodial Center to the Supreme Court’s Session Hall, and back depending on the duration of the oral argument.

She said the travel was no different from her travel when attending hearings in Quezon City and Muntinlupa.

But the high court, in denying De Lima’s motion, said it “found that no new argument had been presented to warrant a reconsideration of its earlier resolution.”

The Court also said that the oral argument will proceed on Aug. 28.

RELATED STORY: Carpio to SC: Why not allow De Lima to argue petition on ICC withdrawal?