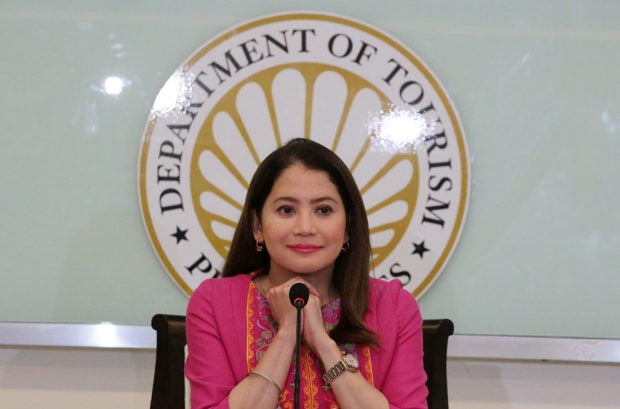 Three companies have pledged to help the Department of Tourism (DoT) in promoting tourism in the country, Secretary Bernadette Romulo-Puyat said on Wednesday.

With the cash-based budget expected to be implemented next year, Puyat said the department would have less funds but Cebu Pacific, Jollibee and Oishi offered to help out.

According to Puyat, Cebu Pacific would help campaign against littering while Jollibee and Oishi vowed to shoot and air commercials for free.

“Our budget is a little smaller but we’re good with it because what’s good with us a lot of people in the private sector have been willing to help us…There’s a lot of goodwill, a lot of people who just want to help the country,” Puyat said in an interview with ABS CBN News Channel.

She added that the current slogan ‘It’s More Fun in the Philippines” would be retained by the department.

“I want continuity. Other countries, they’ve had their slogans for decades. Tayo, palit nang palit pag may bagong administrasyon, bagong secretary,” she said.

“With me, it works. It’s more fun in the Philippines, and I want to continue it. Why change something that works? It’s a good campaign,” she added.

The slogan was launched during the administration of former President Benigno Aquino. /cbb