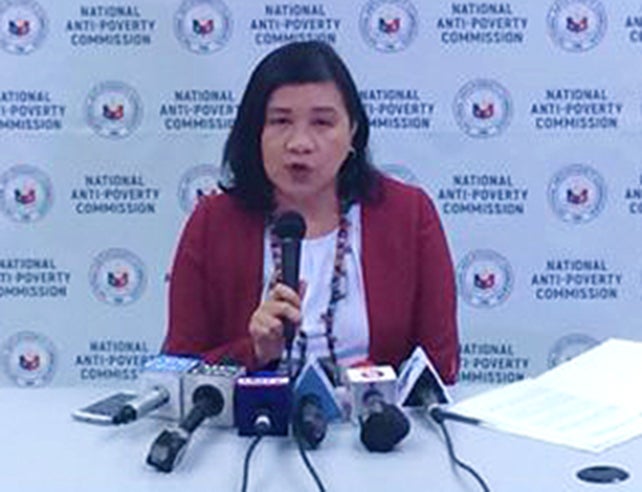 Maza announced on Monday that she has already submitted her resignation letter to President Rodrigo Duterte.

In a statement, Maza bared that the termination of peace talks between the government and the communist rebels had been a factor in her decision to step down from office.

(However, the biggest reason behind my resignation is the cancellation of President Duterte of the peace talks between the GRP and the NDFP which he said last August 14.)

(This extinguished my hopes that the talks would bear meaningful socio-economic and political reforms that would end widespread poverty and war in our country.)

Maza was recently ordered arrested along with three former leftist lawmakers for double murder charges in connection with election-related violence in 2006. However, a trial court in Palayan City, Nueva Ecija junked the charges due to weak evidence.

Maza to fight ‘among the masses’

Likewise, Maza said she prefers to “resume fighting from among the masses for this genuine change, which as ever, has been the only real way to make sure that it will happen.”

Maza assumed office as lead convenor of the National Anti-Poverty Commission (NAPC) in August 2016 after she was appointed by President Rodrigo Duterte.

The former leftist lawmaker said she joined the Cabinet with “high hopes of helping to facilitate meaningful socioeconomic and political reforms from within the government” amid peace talks with the rebels.

With the talks canceled, Maza said “genuine change cannot happen when the old forces of fascism and corruption, and the defenders of elite and foreign interests, are consolidating their position in government.”

(The problem of poverty cannot be solved if the attacks against those fighting poverty are still continuing.)

‘Peace talks must be in PH’

Malacañang on Monday thanked Maza for her “invaluable services to the government” for the past two years.

“Even us, we express our regret with her decision to leave the government,” Presidential spokesman Harry Roque told reporters in a press briefing.

But Roque stressed that the peace talks can still continue, but only if it would be held in the Philippines.

“Again, we maintain the President will only have peace talks with the communists if it is in the Philippines, if they will stop the collection of revolutionary taxes, if they will momentarily—while peace talks are ongoing—commit themselves to refrain from resuming the insurgency and will stay in a designated camp where President Duterte has promised that he will provide for their provisions during the pendency of the peace talks,” Roque said.

“Contrary to what Liza Maza said, peace talks will continue but on a local level,” he also said. /je