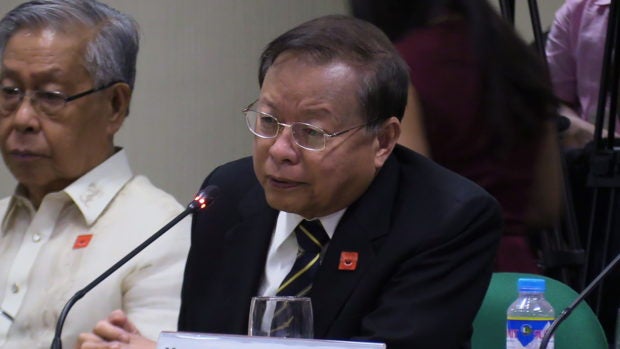 Political dynasties and the economic elite are orchestrating resistance to a proposed shift to federalism, according to former Chief Justice Reynato Puno.

Speaking during a ceremony on Saturday as Malacañang’s consultative committee that drafted a proposed federal Constitution disbanded, Puno said entrenched political and business interests opposed any change to the status quo, while change would benefit the poor.

“It will take more than quiet words to change this status quo protected and secured by political dynasties who will not yield their monopoly of political power and the economic elite that established a new monarchy, the monarchy of the moneyed, and will not — never — give up their throne,” said Puno, who headed the consultative committee.

“Their factotums are everywhere, ensconced from within the government and encompassed by business interests organized as cartels and oligopolies, with [an] evil eye [cast on] crusaders for change,” he said.

Puno said the 22 members of the consultative committee would next focus on an information and advocacy drive spearheaded by Malacañang.

The bigger burden is overcoming the opposition, he said, acknowledging the general public’s ignorance of federalism.

“We should tell the people that federalism will end the culture of undue dependence on the central government, their compelled mendicancy from distant government officials who are unaware of their problems, hence unable to provide their solutions,” Puno said.

“Federalism is for freedom for our poverty-stricken countrymen, in our different regions, real freedom to direct their political and economic destiny, and save them from a future of futility,” he added.

In a brief message to the committee members and staff during the ceremony, Executive Secretary Salvador Medialdea said Puno and former Senate President Aquilino Pimentel Jr., a member of the committee, met with President Rodrigo Duterte on Wednesday and discussed the information drive.

The draft federal charter has come under fire from the President’s own economic managers, who have warned of runaway budget deficit and fiscal havoc that can cost the Philippines its investment grade credit ratings if the shift to federalism happens.

Under the draft Charter, the country’s regions would have their own governments, which would have greater fiscal and taxation powers.

The central or federal government would retain most of its present powers, including those over finance, defense and foreign relations along with much of the national revenue.

Malacañang has submitted the draft charter to Congress, which is divided on whether there is a need to amend the Constitution, particularly for a shift to federalism.

The House of Representatives, after threatening to go it alone with a constituent assembly, is now talking about sitting with the Senate and voting separately on proposed amendments to the Constitution.

The Senate, however, is in no hurry to do the job, whether by constituent assembly or by constitutional convention.

It is, however, hearing proposals for the amendment of the Charter, although the chair of the panel conducting the hearings, Sen. Francis Pangilinan, says he expects to report by October a finding that there is no reason to amend the Constitution in the first place.