Hunter frees man caught in illegal boar trap in China, then abandons him 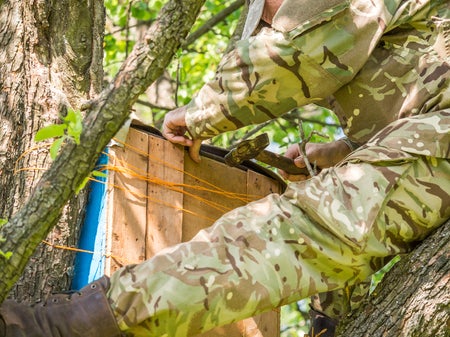 An unknown hunter left a man who was caught in an illegal boar trap to survive on his own, shortly after freeing him from the trap in Zhejiang province, China.

Apparently, the unnamed hunter who freed Gao from the illegal boar trap was the same person who set the trap.

Gao was caught in the said trap while he was on his way to Lishui city. The hunter released him but didn’t bother treating Gao’s wounds or helping him go down the mountainside.

Left to fend for himself, Gao survived by drinking spring water and eating insects. A few days after he was abandoned by the hunter, Gao was finally rescued.

Zhao was fishing at a nearby lake when he heard a voice crying for help. He immediately called the police. A search party was formed to find the source of the cries and they soon found Gao.

“When we found him, he was as thin as a lath,” noted Zhao in the report. “But he was still conscious.”

Gao told the search party that he was trying to crawl his way down the mountainside. He said that he did not have a mobile phone to call the authorities.

The rescue team had to use a stretcher to bring Gas down the mountain. He is currently recuperating in a hospital in Hangzhou.

Gao lost 15 kilograms after the incident, the report stated. He weighed 50 kilograms when he was rescued. Aside from weight loss, Gao’s left leg might also be amputated due to the serious injuries he attained on his left limb.

Meanwhile, Zhao noted that the illegal trap was not an isolated case. He said villagers do install illegal traps to catch wild boars.

The police had launched an investigation into the incident, as per report. At present, they are looking for the illegal boar trap as well as the hunter who abandoned Gao. Kate Matriano/JB