How Bhutan’s monarchy is unique 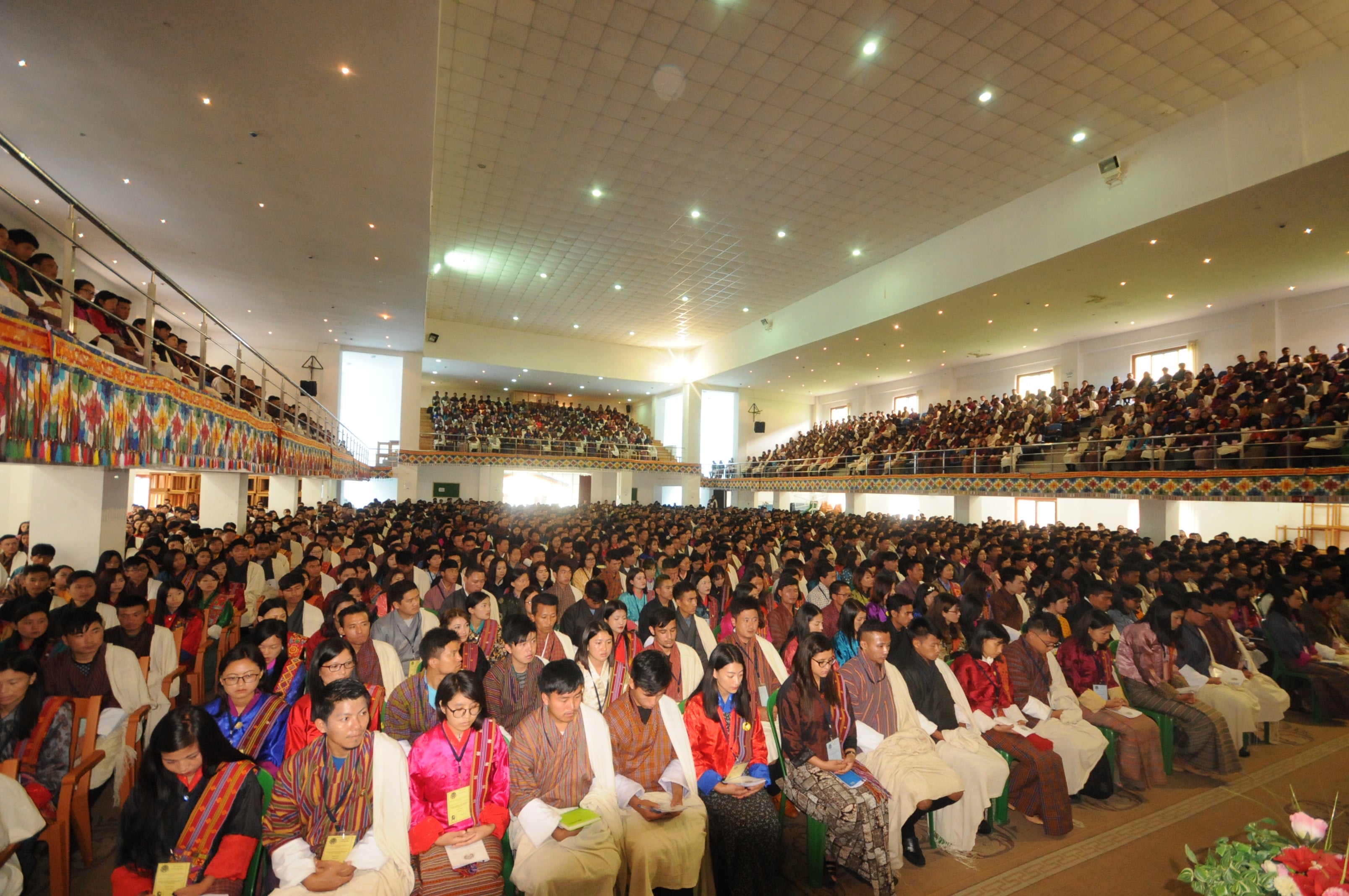 THIMPHU — Responding to one of the graduates’ question on the form of monarchy in Bhutan before it was reinstated as the constitutional democratic monarchy at the ongoing National Graduates Orientation Program (NGOP) in Thimphu, former chairperson of the National Council, Dasho Sonam Kinga said that Bhutan’s monarchy was unique but never absolute.

Taking the graduates through five different forms of monarchy, he said, that Bhutan’s monarchy was adopted at a peaceful time. “The 1865 battle of Changlingmithang was the last battle before the adoption of monarchy in 1907.”

During the time of peace, major political changes happened in Bhutan, he said. “Bhutan made momentous historic decision in establishing Palden Druk Zhung in 1626, monarchy in 1907 and parliamentary democracy in 2008, all in the time of peace. We could decide our own destiny and directions without external pressure.”

Bhutanese monarchy is homegrown and domestic, he said.

For any nation to qualify as an absolute monarchy, he said kings and queens or emperors and empresses must be meant as the incarnation of god. “As representatives of god, they have the absolute power to do everything.

However, our monarchs have been both secular as well as Dharma kings.”

The concept of Dharma kings is different from that of Deva raja, which is more like the divine kingship of eastern and western European countries, he said. “The idea of Dharma king is an internal check and balance of the arbitrary and the possible abuse of power.”

When the first king was enthroned, an agreement was signed between Gongsar Ugyen Wangchuck and about 54 representatives of the people, he said.

Bhutan had national assembly instituted as early as 1953, he said. “Absolute power is the ultimate power to make laws. However in 1968, the third Druk Gyalpo asked the National assembly to cast a vote of no confidence if they didn’t believe in him.”

He said that the Royal Advisory Council was also consulted on matters related to laws and people during the time, adding that no consultation is done in absolute monarchy.

Monarchy, Dasho Sonam Kinga said, brought political stability through the singular line of succession with the average reign period of about 27.5 years.

Following the revelation of Zhabdrung Ngawang Namgyal’s death in 1707, multiple candidates and incarnations tried to fill the vacant spot of the Zhabdrung causing fractionalism, which ultimately led to a civil war.

Dasho Sonam Kinga said that there was no political stability along with gap in the continuity of leadership. “When Bhutan had monastic government, the neighboring countries were all monarchy at the time. However, today Bhutan is the only surviving monarchy in the Himalayas.”

US suspends exchange programs with China, calling them ‘propaganda’