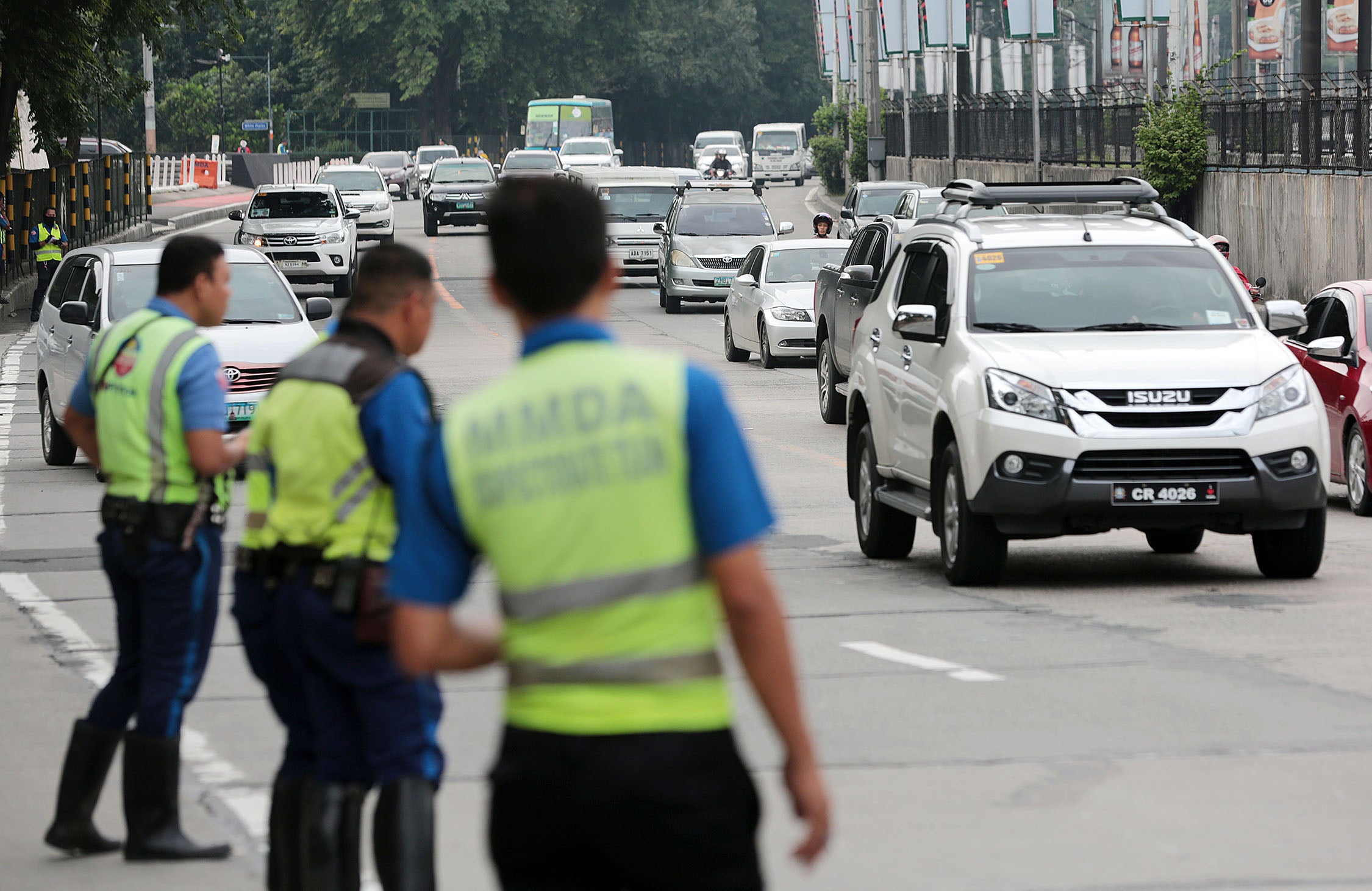 HIGH OCCUPANCY VEHICLE SCHEME / AUGUST 15, 2018
Traffic enforcers of the Metro Manila Development Authority (MMDA) monitors vehicles along Epifanio de los Santos Avenue (EDSA) at the start of the weeklong dry run on Wednesday, August 15, 2018, of the High Occupancy Vehicle (HOV) traffic scheme. The scheme aims to reduce the volume of vehicles especially private cars along EDSA during rush hours as it prohibits vehicles with drivers only to pass through the highway. INQUIRER PHOTO / GRIG C. MONTEGRANDE

A van owned and being driven by a Metropolitan Manila Development Authority (MMDA) employee was flagged down by the Inter-Agency Council for Traffic (I-ACT) for illegally picking-up passengers, the agency said on Saturday.

According to I-ACT, it was conducting a traffic management operation at Quezon Avenue along the southbound section of Edsa on Friday when it apprehended the van for illegally ferrying four passengers.

I-ACT identified the owner and driver of the colorum van as Mario Mendoza, a general foreman at the MMDA.

But his passengers claimed that they each gave Mendoza P60 in exchange for the ride. They said they were picked up by Mendoza from Malolos in Bulacan and were supposed to be dropped off at the MRT-Quezon Avenue station.

I-ACT overall head Tim Orbos, for his part, showed dismay over the incident as some motorists are exploiting the HOV policy to ferry passengers even it is illegal.

“The government is constantly looking for solutions to end traffic woes but it seems that some are using it for their own advantage,” he lamented.

“To those drivers who have to traverse to Edsa alone, I appeal to you to respect the HOV policy without resorting to illegal activities,” said Orbos.

Aside from having the colorum van impounded, I-ACT operatives also confiscated from Mendoza an I-ACT vest and a handheld radio.

When asked, Mendoza said a relative of a certain Allan de Liba, said to be an I-ACT agent, gave him the vest. He said he only uses the vest when he rides his motorcycle.  /muf